open/close all folders
Characters Introduced in Alpha and Omega 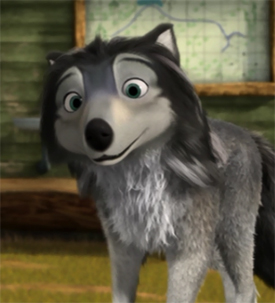 A happy-go-lucky omega. He and Kate are kidnapped by humans and taken to another park. 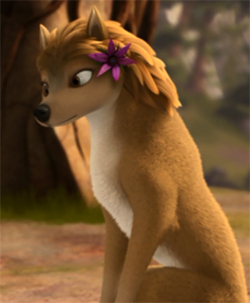 An alpha, and the future leader of the Western pack. She and Humphrey are kidnapped by humans and taken to another park. Kate needs to get home in order to prevent a war between the packs. 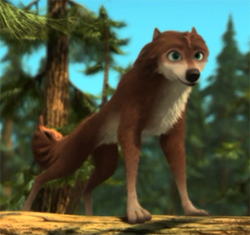 An alpha; son of the Eastern Pack leader Tony. It is arranged that he will marry Kate in order to unite the packs and prevent war. 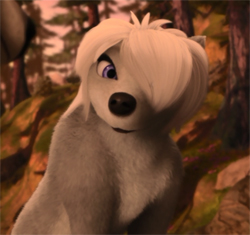 Voiced by: Christina Ricci (first movie), Kate Higgins (A Howl-iday Adventure and The Legend of the Saw Tooth Cave)

Kate's father. The leader of the Western pack. 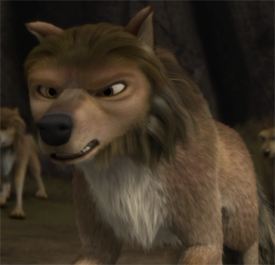 The leader of the Eastern Pack, and Garth's father. Adamant that his pack will not starve, even if that means they must fight. 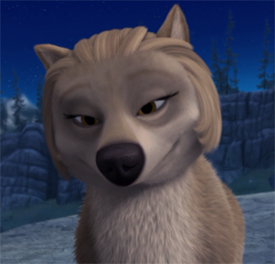 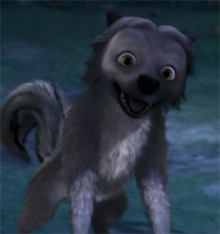 One of Humphrey's omega buddies. 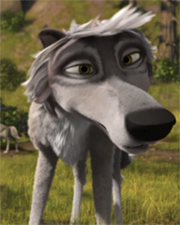 Another one of Humphrey's omega buddies. 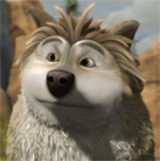 Another one of Humphrey's omega buddies.

A pair of omegas. Humphrey's buddies point these two out to him when they tell him that Kate is out of his league. 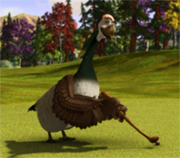 A golfing French-Canadian goose that Humphrey and Kate encounter.

A duck traveling with Marcel.

An alpha in the Western pack.

An alpha in the Western pack.

Characters Introduced in Alpha and Omega 2: A Howl-iday Adventure 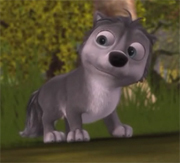 One of Kate and Humphrey's pups; an alpha. He is rather serious and will be the next leader of the Western pack.

One of Kate and Humphrey's pups; an alpha. 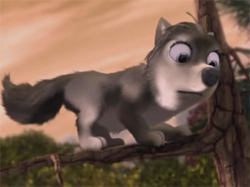 One of Kate and Humphrey's pups; an omega. He gets kidnapped by the Banff pack and needs to be rescued. 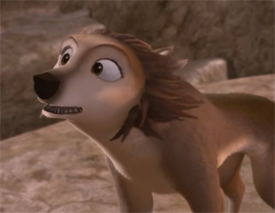 An alpha and the daughter of the Banff leader, King. She looks after Runt and grows to care for him. 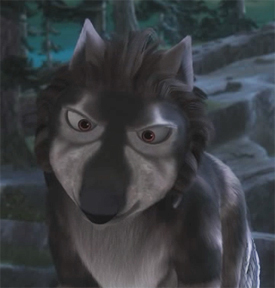 The leader of the Banff pack, wanting to get revenge for being rejected by Winston long ago. Orders his wolves to kidnap Winston's grandpups in order to try and lure the alphas away.

Characters Introduced in Alpha and Omega 3: The Great Wolf Games 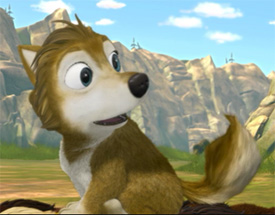 An alpha cub from the Northern Pack who's competing in The Great Wolf Games.

An alpha cub from the Northern Pack and fellow teammate of Fleet's. Always whispers to him. 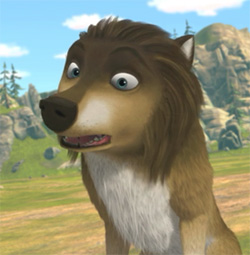 An alpha from the Northern Pack and the coach for their region's team. He is also Fleet's father and is determined that they win. 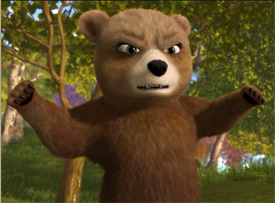 A bear cub and fellow teammate of Runt, Claudette, and Stinky. 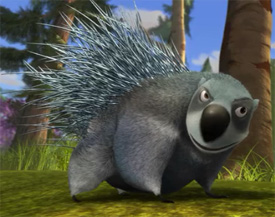 A sarcastic porcupine and fellow teammate of Runt, Claudette, and Stinky.

Characters Introduced in Alpha and Omega: The Legend of the Saw Tooth Cave

A blind wolf who was forced out of her pack due to her blindness, Daria has taken up residence in Saw Tooth Cave. She is encountered when Runt climbs a tree to search for Stinky, and notices her eyes in the cave.

Daria is seemingly protected by a spectral lupine, which manifests whenever anyone approaches Saw Tooth Cave.

A porcupine who's also taken up residence with Daria, Floyd looks out for her, and is initially suspicious of Runt's help.

The leader of Daria's pack, he is the reason she was forced into exile.