Characters that appear in All-New X-Men and X-Men: Blue. 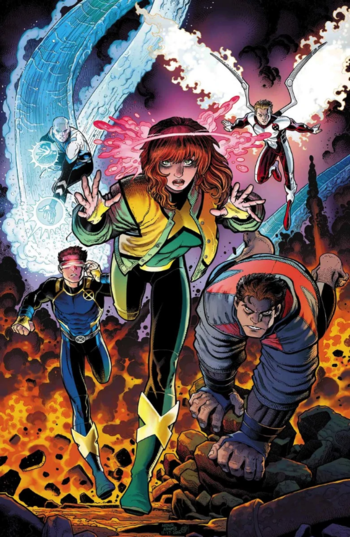 The Original Five X-Men trained by Professor Charles Xavier, and brought forward out of their native time by Beast. The O5 find themselves confronted with the divided state of the X-men in the present day, and with Beast unable to send them back again are trapped in a world that is no longer their own, with no knowing how their absence from history will affect the future. 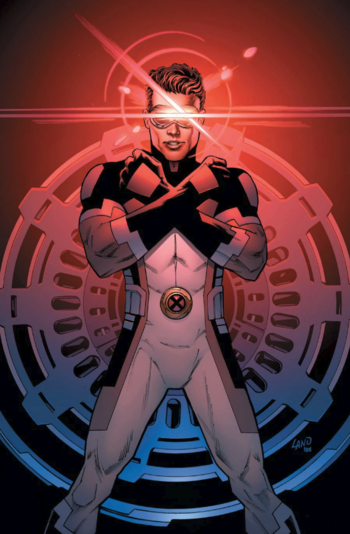 This page is for O5 Cyclops only. For tropes pertaining to his adult self, please see his page.

The field leader of the X-Men, Cyclops is shocked to discover that in the future he is destined to kill the man he viewed as a father, and it was Scott in particular whom Beast was targeting with his plan to bring the O5 forward in time. The young Scott now finds himself burdened and judged by the actions of his adult self. 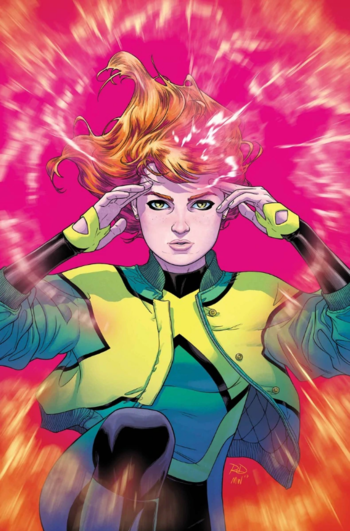 This page is for O5 Jean Grey only. For tropes pertaining to her adult self, please see her page.

Jean Grey arrives in the future to discover she will fall in love with and marry Cyclops, and also that she is destined to wield the Phoenix Force, go mad, kill one planet worth of people and die twice. She is also confronted with the fact Scott cheated on her even though she was technically faithful. Of all the O5, she is the most reluctant to return home having seen what is to become with her, a prospect she fears immensely. Jean leaves the team during the time skip after Secret Wars and returns to lead the X-Men: Blue team. 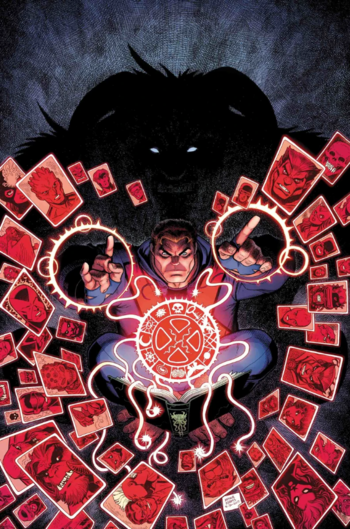 The younger version of the Beast who brought the O5 forward in time, and who found his future self's further mutated appearance to be quite a shock. 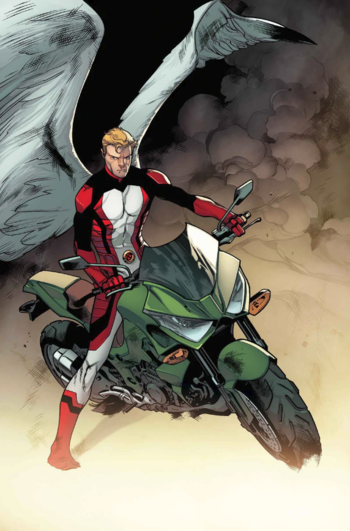 Much like Jean, Angel arrives in the future to find himself subjected to a bad fate, but rather than fearing returning to the past, Warren initially is the most eager to return to where they belong. His lingering questions of just what happened to his future self continue to plague him, and again like Jean, he's determined to do whatever he needs to to avoid that fate. Unfortunately, he seems to be just repeating the mistakes of the past, albeit in new and interesting ways. 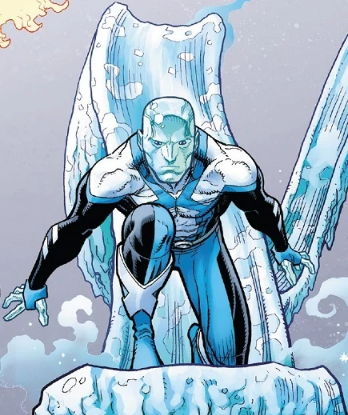 The youngest of the O5, and also the one who takes his presence in the future the most in stride and has the easiest time adjusting. His childishness and the fact that of all the O5 he actually has a much less traumatizing future in store/by far the best adjusted future counterpart certainly helps. 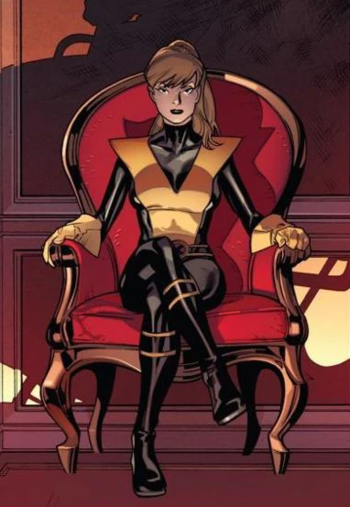 For tropes pertaining to Kitty in general, see her page.

Kitty acts as the leader and teacher of the O5, a reverse of the relationship she experienced with them when she first came to the school. She departs the team after getting engaged to Peter Quill. 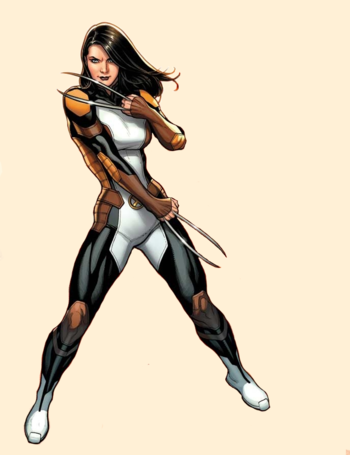 For tropes pertaining to X-23 in general, please see her page.

The Opposite-Sex Clone of Wolverine, X-23 joins the O5 after they rescue her from pursuit by the Purifiers in the aftermath of her experiences on Murderworld. Following the events of Secret Wars she has taken up the Wolverine name. 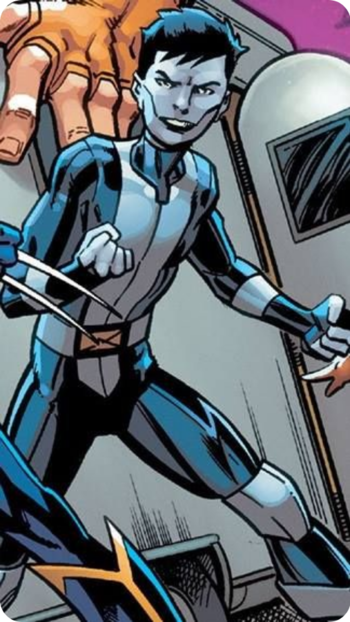 A clone of Apocalypse, created by Fantomex after he murders a younger version of En Sabah Nur to prevent the powerful mutant from returning to power. Evan is subsequently raised to be a good person, and continues to struggle with the judgement of the others who fear what he might become. He joins the team after Secret Wars.

One of the mutants who manifested after M-Day, and a former member of Hope's Five Lights. She has powers of temperature manipulation, and has long been conflicted over the nature of her abilities. Idie joins the team in the aftermath of Secret Wars.See Generation Hope 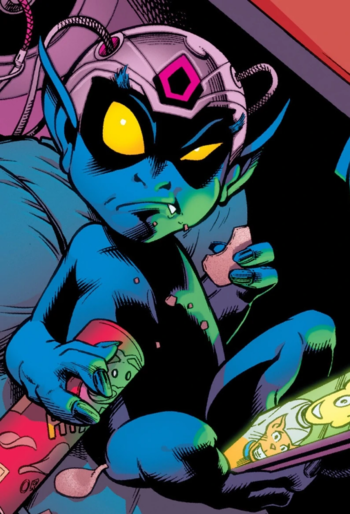 A bamf hanging out in Hank's trailer. He ends up primarily hanging around with Jean. 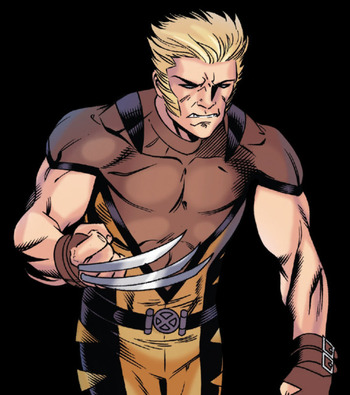 Earth-1610 Logan's son with Magda, who was raised by the Hudsons in Florida, in the Ultimate Universe. He ended up stranded in the 616-Universe and taken in by the team. 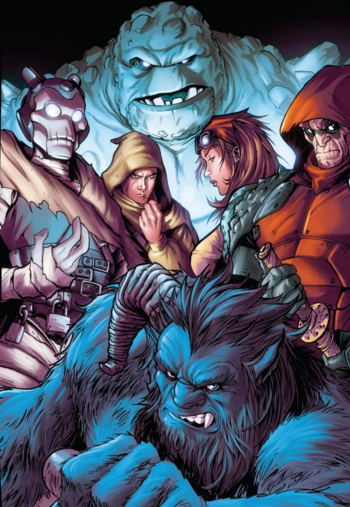 A new Brotherhood of Mutants, who came back from the future to forcibly return the O5 to their own time. 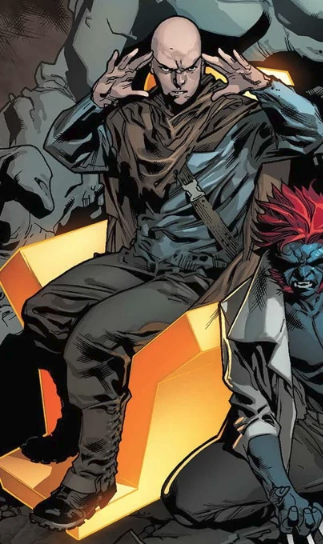 The son of Charles Xavier and Mystique, Xavier is the leader of the Future Brotherhood, who has all the powers of his father. 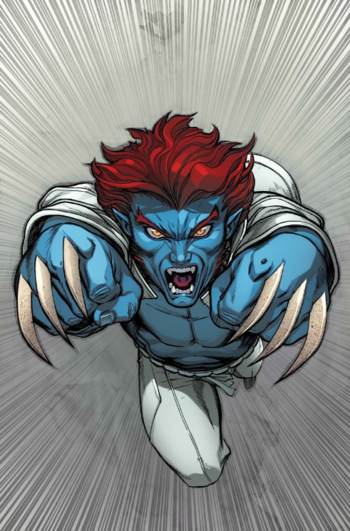 The shapeshifting son of Wolverine and Mystique, and half-brother of Xavier, Jr., possessing both of their mutations. He's the only member of the Brotherhood who has not been brainwashed and controlled by Xavier. 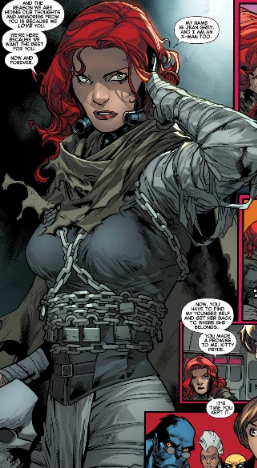 An adult version of O5 Jean Grey who never returned to her own time. Broken by her experiences and more than a little crazy, she's returned to the past with Xavier to try and force her younger self to return where she belongs. 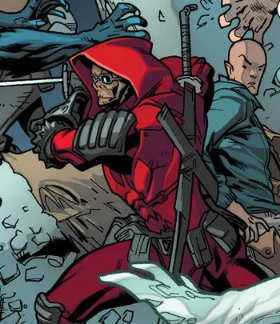 For tropes pertaining to Deadpool in general, see his page.

The Merc with a Mouth has joined Xavier's New Brotherhood on their mission to forcibly send the O5 back to their original time by any means necessary. He's just as loony in the future as he is in the present.

For tropes pertaining to Molly in general, please see the page on the Runaways.

Once one of the Runaways, Molly retains her mutant powers of enhanced strength and durability. She's also grown very, very large, and lost her innocence along the way. 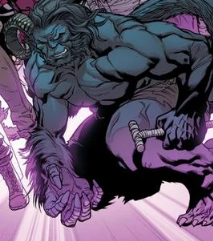 A future version of the adult Hank McCoy, whose body has mutated even further and has grown obsessed with his failure to return the O5 to their proper time. 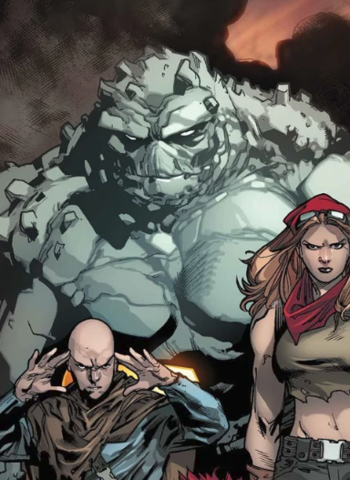 Originally one of Ice Wizard (Future Bobby Drake)'s copies. He attained a crude sentience, and fell under the thrall of Xavier II. 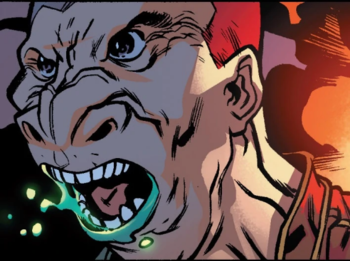 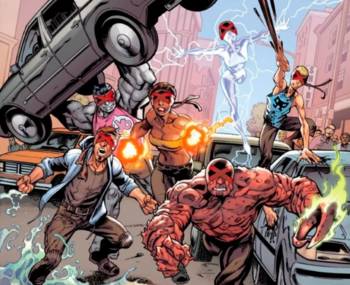 A gang of mutants in the Chicago area running around with Cyclops masks claiming to be following his example, but mostly that means harassing and beating up locals and stealing stuff. 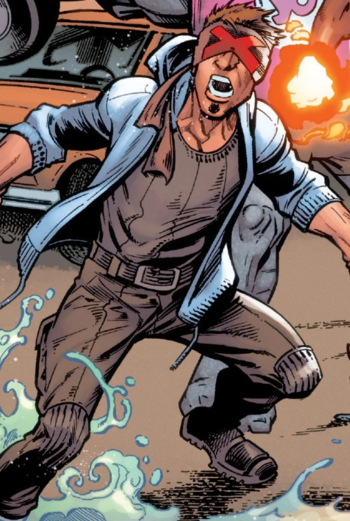 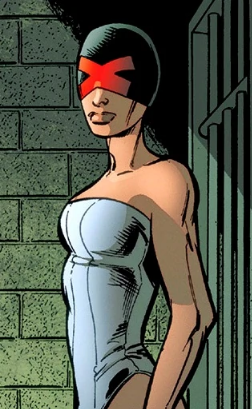 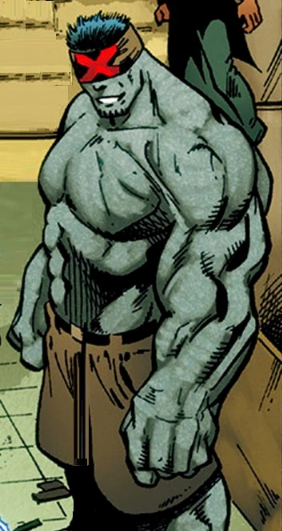 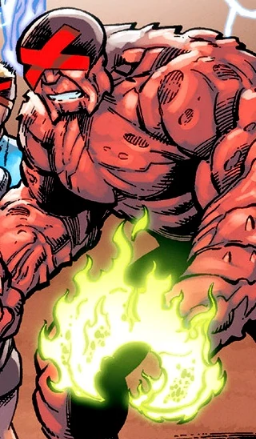 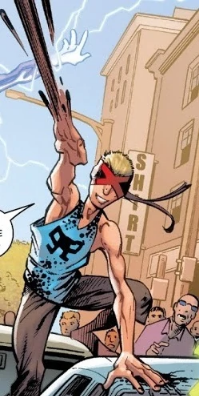 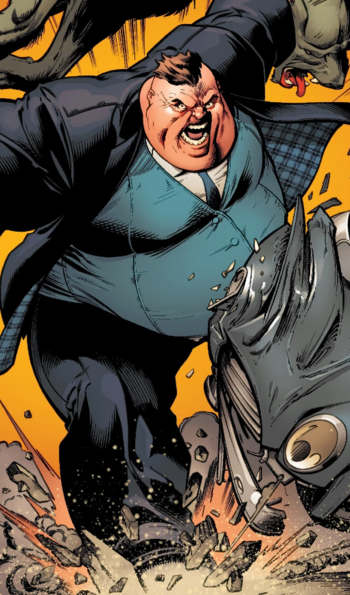 Once a member of the Brotherhood of Mutants, and one of the first foes the Original 5 X-Men fought. He lost his powers during House of M and spent some time addicted to MGH in an effort to get them back. 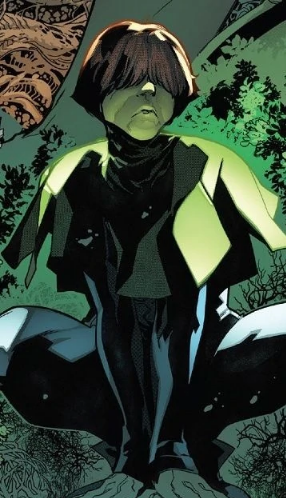 Another of the original Brotherhood of Mutants, Toad attacks O5 Scott in the belief that he can prevent another mutant apocalypse by killing him in the aftermath of his adult counterpart's actions.