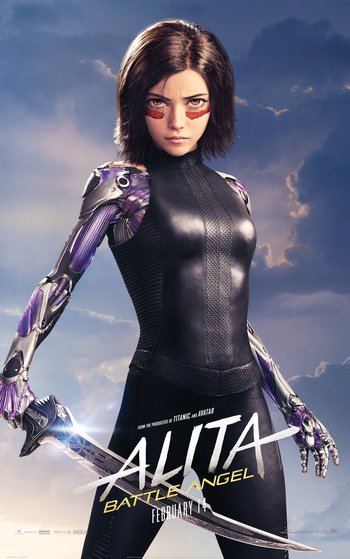 "I do not stand by in the presence of evil!"
Click here to see Alita with her first cyborg body. 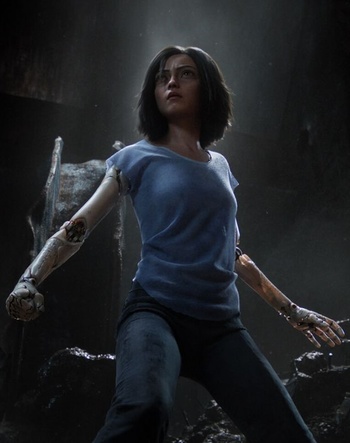 A mysterious amnesiac cyborg girl whose limbless torso was found by Dr. Dyson Ido in the dumpyard beneath Zalem. She was given a new cybernetic body and name by him, and quickly regained reflexes from a deadly martial arts form she learned in her previous life, of which she sometimes regains fragmentary memories. 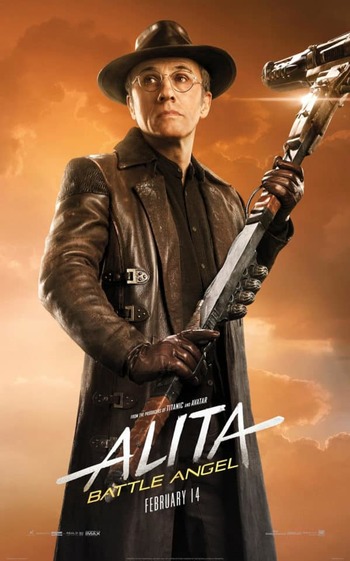 "You've been given a chance to start over, with a clean slate. How many of us get that?"

The most prominent cyberphysician and cybersurgeon in Iron City, as well as a Hunter-Warrior (bounty hunter who goes after cyborg criminals). He found Alita in Zalem's junkyard, gave her a new cybernetic body and became her surrogate father. 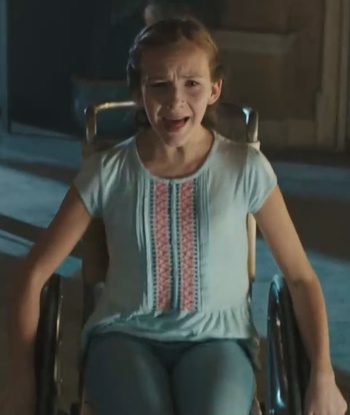 The original Alita, the daughter of Dyson Ido and Chiren, who died when drug-addicted cyborg Amok violently shoved her aside to escape Ido's clinic. Ido named the cyborg girl he found and repaired after her. 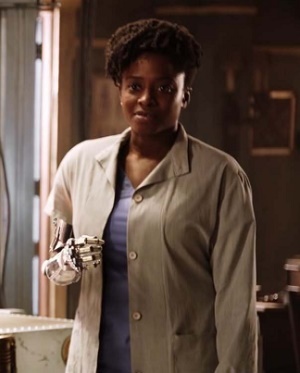 A nurse working for Dyson Ido at his cybersurgery clinic. 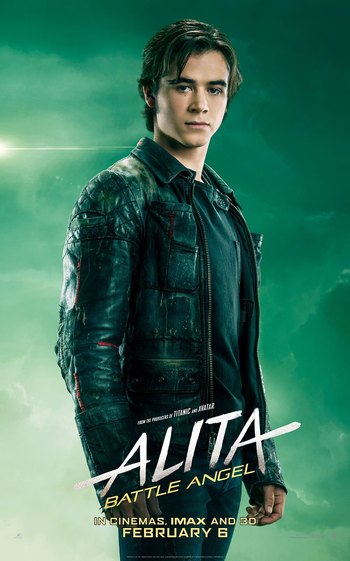 "It's a harsh world down here. You've got to be willing to do what it takes."

A teenage cyber-jacker and Alita's Love Interest, he originally was relied on by Ido to show her the ropes. 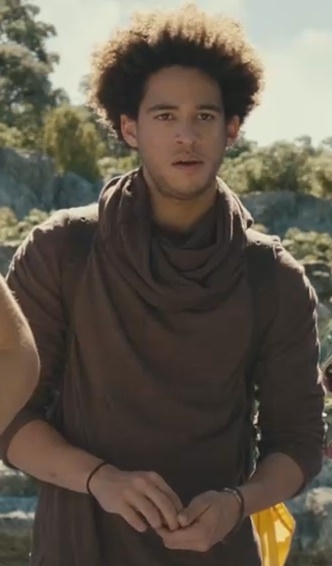 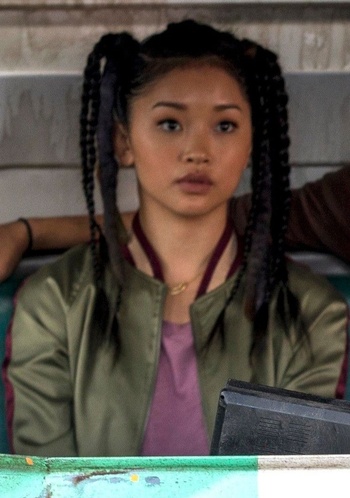 A friend of Hugo and Tanji, Whose involvement or lack thereof in their jacking operation is never touched upon. 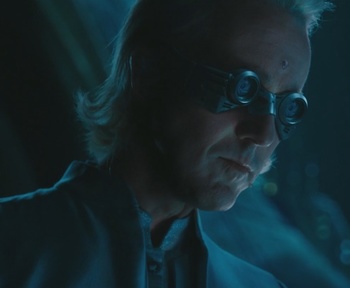 "She is disrupting the natural order of things. She must be destroyed."

The most prominent scientist up there in Zalem, and a person of great importance, he's, however, not very present in the early parts of the story the movie adapts. 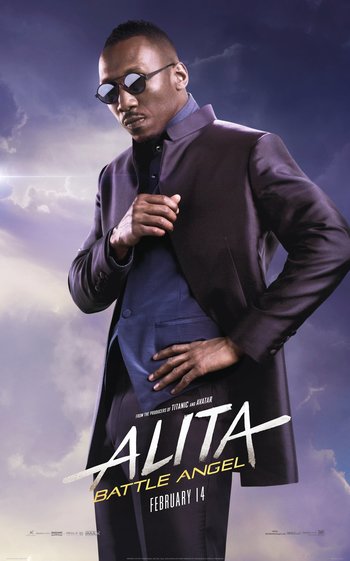 "What you should have known, my friend, is that no one is greater than the game."

The supervisor of the Factory and effectively the ruler of Iron City because of his considerable resources, influence, and military might – the "Ruler of Hell", in his own words. He works under Nova as his liaison for all business between the city and Zalem. He also basically owns the sport of Motorball, one of the favorite pastimes of local residents. 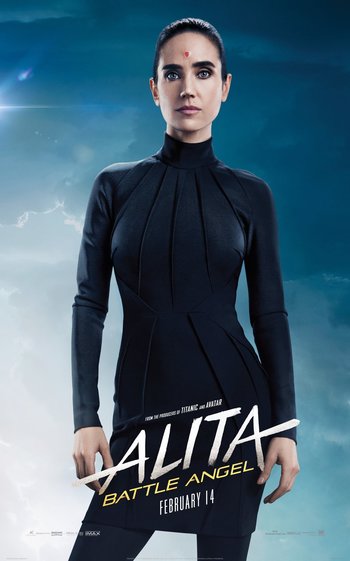 Ido's ex-wife, and the mother of the original Alita. She works with Vector and Nova, applying her considerable skills in medicine, surgery, and cybernetics to maintain and improve their cyborg footsoldiers, Grewishka especially. Though she does not completely agree with her employer's principles, she stays on them for the promise of a ticket back up to Zalem. 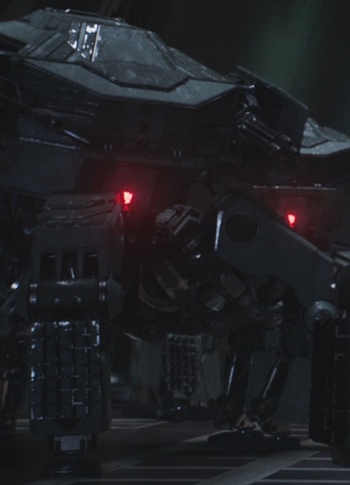 Giants robots that guard the Factory and enforce law and order in the streets of Iron City. 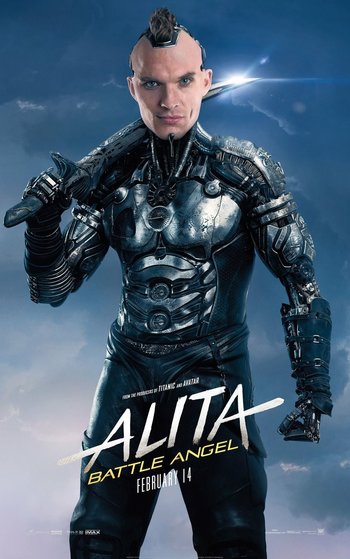 One of the most prominent Hunter-Warriors in Iron City, a smug and arrogant cyborg who greatly prides himself on his handsome face (his only remaining organic part) and his Damascus Blade, and he doesn't really see eye-to-eye with Alita. 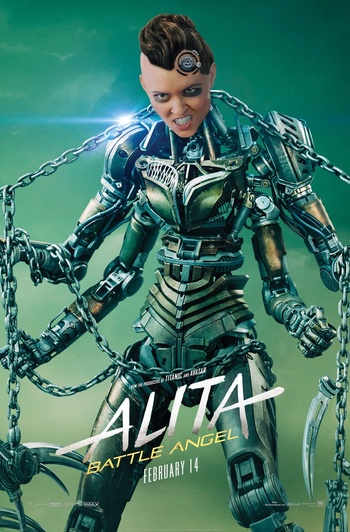 One of the most lethal Hunter-Warriors of Iron City, according to Zapan. 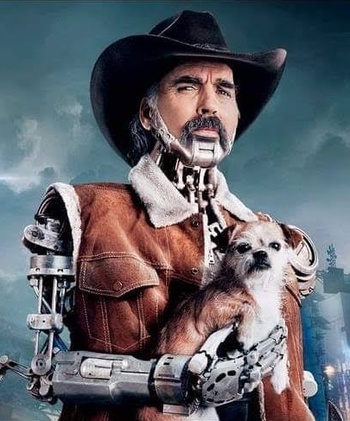 A Hunter-Warrior who hunts his bounties using a pack of cyborg dogs. 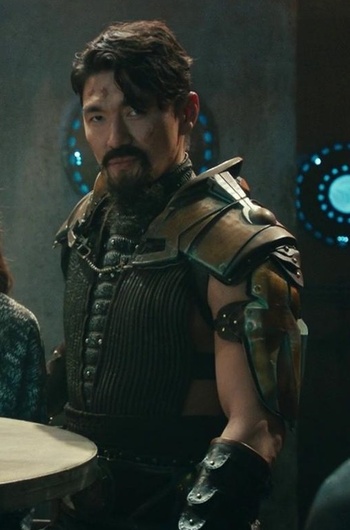 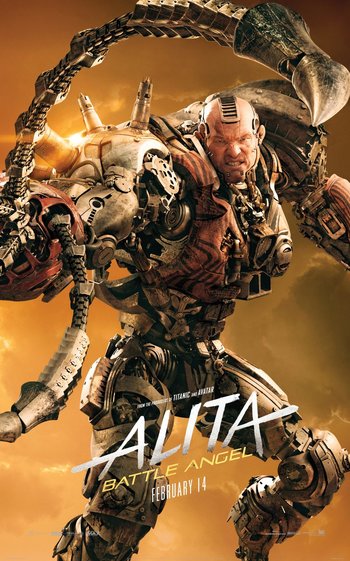 "Iron City is no place for an innocent, little flea!"

A huge, brutal and sadistic cyborg who works for Nova as his personal assassin. 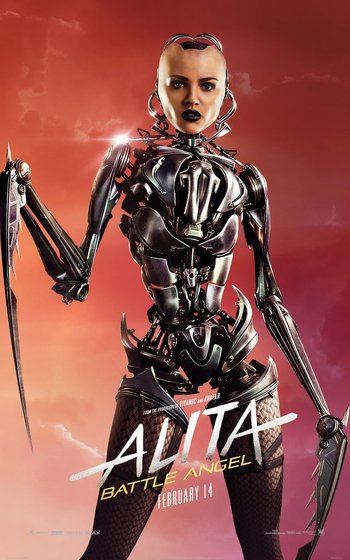 A cyborg serial killer Alita crosses paths with early in the film. 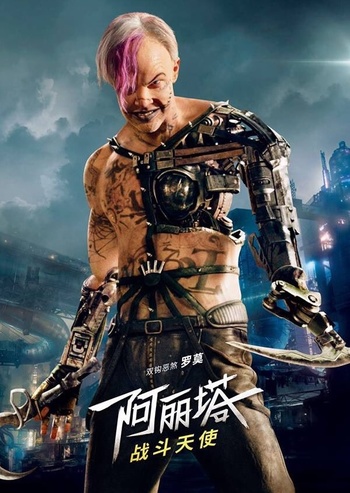 The third member of Grewishka's crew, and part of the ambush on Ido in the alleyway. 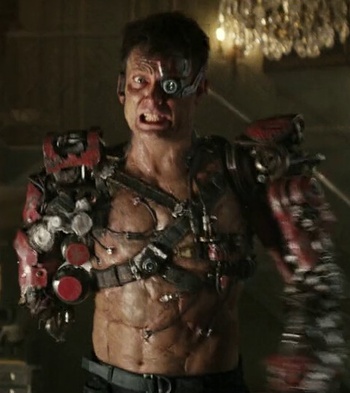 A drug-addicted cyborg who was a patient of Dyson Ido. He caused the death of the latter's daughter, Alita. 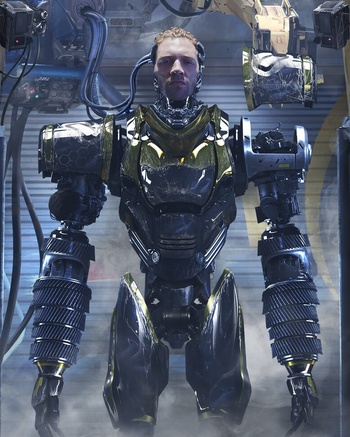 A famous Motorball champion that had a prominent role in the Motorball arc in the original manga, and appears in the film as a cameo. 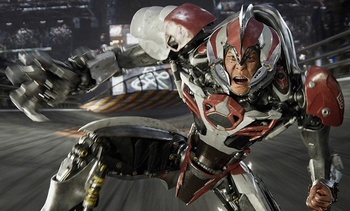 A rising Motorball player. He is the first owner of the grind cutters, which draws Vector's and Chiren's attention on him and gets him dismembered so they can graft them on Grewiska's arm. 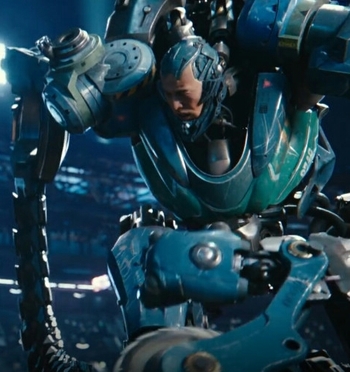 A criminal with a bounty on his head. He is hired by Vector and, along with a bunch of other criminals and Hunter-Warriors, gets beefed up to kill Alita during her first Motorball match. 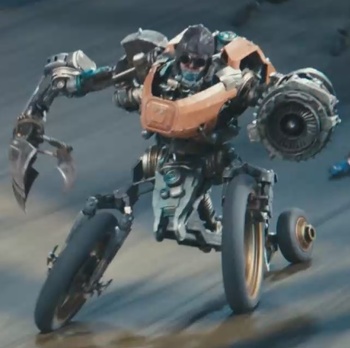 One of the cyborg killers Vector hires to get rid of Alita during her first Motorball match. 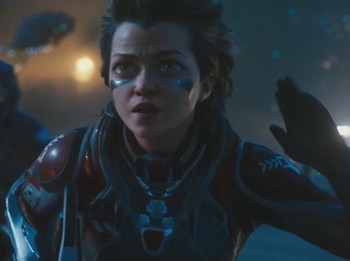 An URM military officer who trained and commanded Alita when the latter went by the service number "99". Alita regains several memories of her that took place before and during the Fall (the war between Earth and the URM) over 300 years before Alita was found in the dumpyard.