The protagonist, an amnesiac boy adopted by Teacher. He is the sixth and last child to be taken under Teacher's care.

Letty: "Okay, let's play! It's my first time playing with someone else in a Dream!"
Rick: "Letty's sleeping right now. When I'm here, she's always sleeping."

A pair of twins adopted by Teacher after the fire that killed their family. In truth, however, Rick is Letty's other personality, created to cope with their abusive home life.

"...Allen, those are underpants. Don't put those on your head."

"Living humans all get dirty."

A strange, aloof girl adopted by Teacher. She is the only survivor of a 'curse' that wiped out her entire town, leaving her with an unsettling obsession with death. 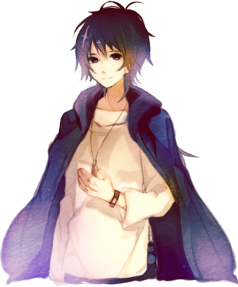 The man who adopted the kids into his home. He is, in truth, a researcher who is using the kids to study Nightmare Syndrome. 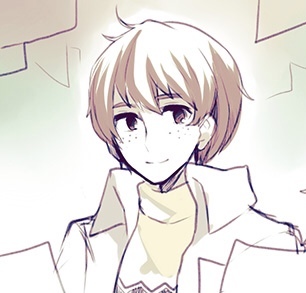 Teacher/David's best friend. He works as a doctor in the town nearby where the Care Facility is located and helps Teacher search for possible candidates for the Nightmare Syndrome.

Teacher/David's twin sister who fell to Nightmare Syndrome and sacrificed herself to save him. 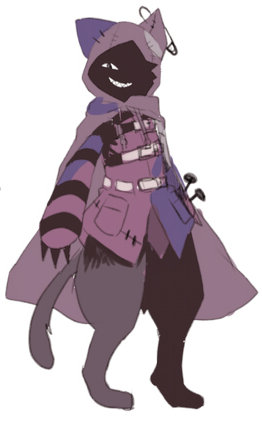 "Good job getting here. Told you not to, didn't I?"

The demon who traps everyone in the Dream Worlds. Quirky yet sadistic, he takes great pleasure in tormenting the children and wants their souls to eat.

"Time and events are predecided, and I just live in that flow."

A denizen of the Dream World. Unlike the Cheshire Cat, he seems to be more friendly. However, he is revealed to be a demon himself.

An entity within the Amery twins' dream world, and the representation of their abusive stepmom.

An entity within Chelsy's dream world, and the representation of a nice man she befriended who was actually a burglar.