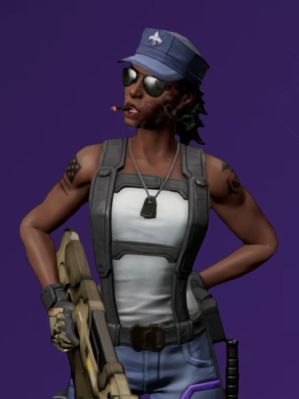 A former marine drill instructor who joined MAYHEM after she learned that the military was going to work with LEGION. 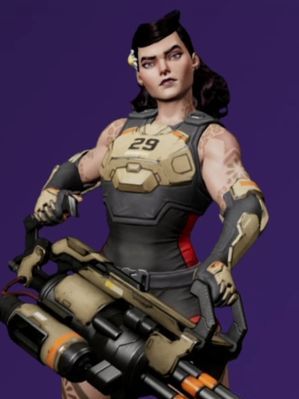 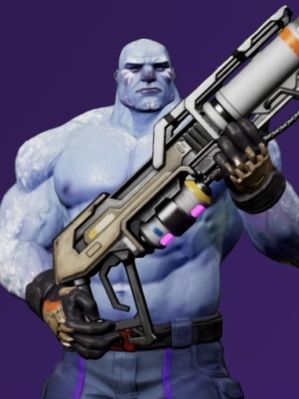 A genius former KGB operative who was modified as part of a super-soldier program to have ice powers. For tropes relating to Oleg Kirlov of the Third Street Saints, check here. 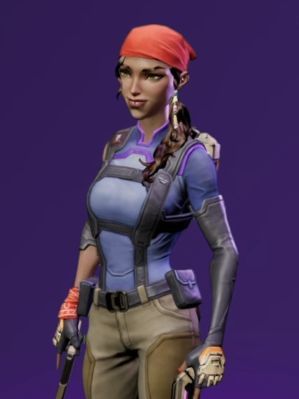 A sky pirate who is inseparable from her attack drone, Glory. 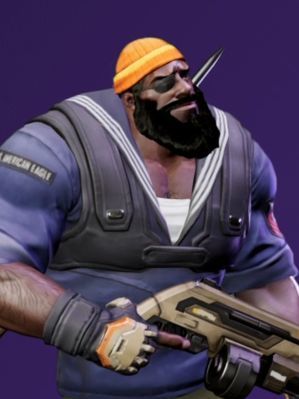 A former US Navyman who joined Mayhem after Legion destroyed his ship. 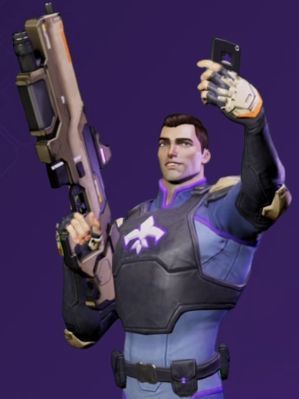 Real name: Rod Stone
Nationality: Americannote Actually Canadian, but he doesn't like to talk about it.
Voiced by: Trevor Devall

An actor who joined Mayhem as a publicity stunt to save his failing career. 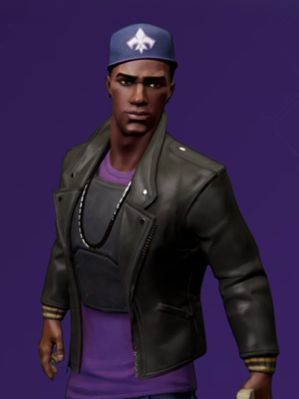 Pierce Washington rose to fame when he peacefully united the three gangs of Stilwater under his banner. Pierce led the gangs against the Ministry of Gluttony's invasion of Stilwater, which brought him to Persephone's attention when she turned against Legion. For tropes relating to Pierce Washington of the Third Street Saints, check here. 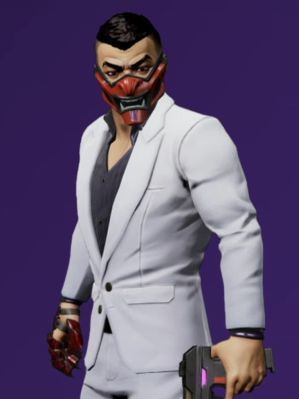 A former Yakuza assassin who turned against his crime family when he learned that they were working with LEGION's Ministry of Greed. 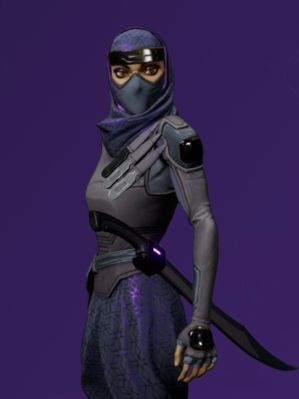 An enigmatic assassin and teller of a million tales. 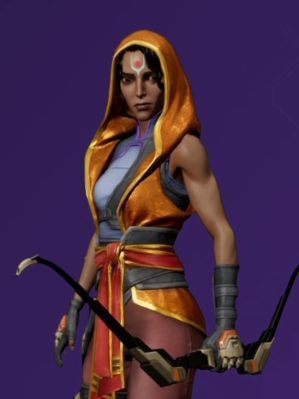 An immunologist seeking a cure for the plague Legion unleashed upon India. She uses this plague as a weapon against Legion. 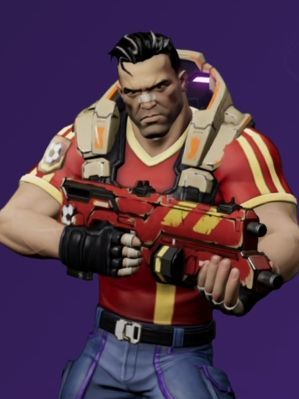 An insane football fan who was recruited into Mayhem after inciting a riot to defend a championship game from Legion. 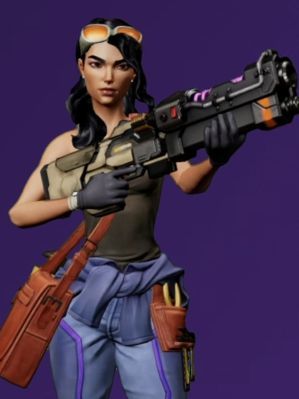 A fashion model and brilliant engineer specializing in the construction and use of turrets. She joined Mayhem to protect her father's engineering work from Legion. 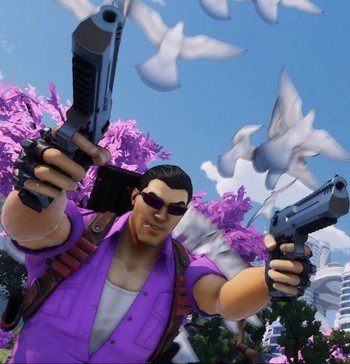 Real name: Ji-Hoon "Johnny" Gat
Nationality: South Koreannote Lived in the United States for most of his life
Voiced by: Daniel Dae Kim

A police lieutenant with the Seoul Metropolitan Police Agency. The events of Devil's Night put Johnny in a coma. When he woke up, he found that he was the sole survivor of the SMPA and that the department had been replaced with Civil Overwatch Patrol robots. Now he's joined Mayhem. Available as a Pre-Order Bonus. For tropes relating to Johnny Gat of the Third Street Saints, check here. 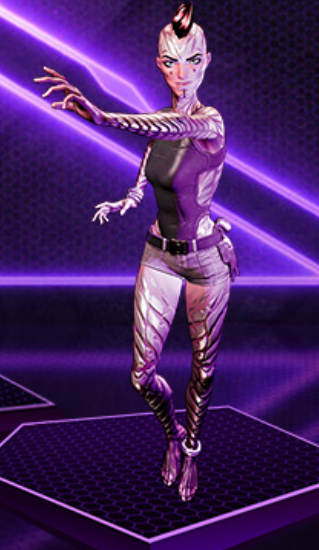 A Mayhem agent who was revived by nanomachines after being critically injured on a scouting mission. Available as a preorder bonus. 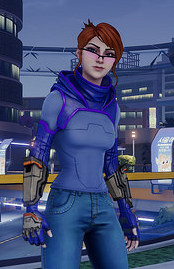 A hacker turned FBI agent who got bored of her job and decided to join Mayhem. For tropes relating to Kinzie Kenzington of the Third Street Saints, check here. 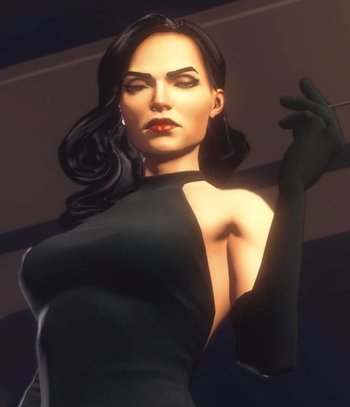 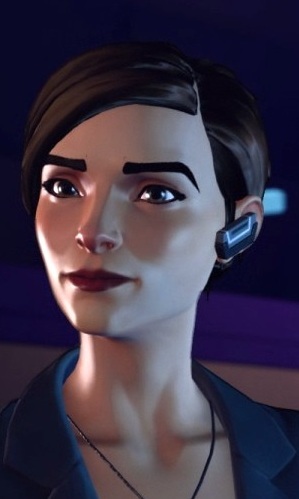 The agent in charge of developing Mayhem's strange and deadly gadgets.

A devout Sikh and smuggler who "requisitions" supplies for Mayhem.

A DJ who became famous for augmenting his performances with virtual reality. Now he manages Mayhem's VR training room.

A retired racecar driver who joined Mayhem so he could design the greatest cars in the world. Naturally, he's not happy with how bad the agents are at keeping his masterpieces in mint condition.

The agent who manages Mayhem's armory. Claymore used to be an arms seller, but, after Legion forced him out of the industry, he joined Mayhem.

Carol is the head of Human Resources of M.A.Y.H.E.M. Apparently she is an entity of quite some power.

An AI program that can be downloaded into the various vehicles the agents can summon. 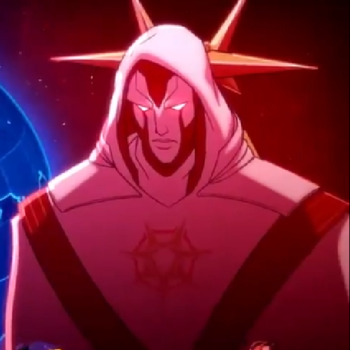 The enigmatic leader of LEGION who is bent on rewriting the laws of reality, and establishing a one-world government that he can rule. 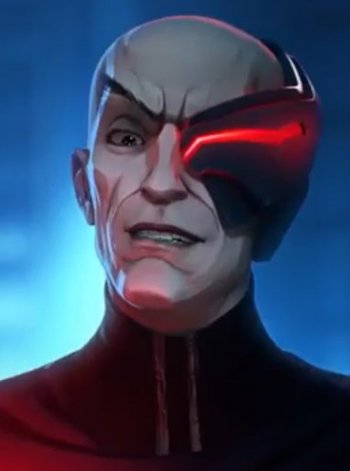 LEGION's Minister of Envy and the former husband of Persephone Brimstone. Despite his high-ranking position in LEGION and connection to the leader of MAYHEM he serves a very minor role in the story and only appears in a few cut-scenes detailing his wife's backstory. 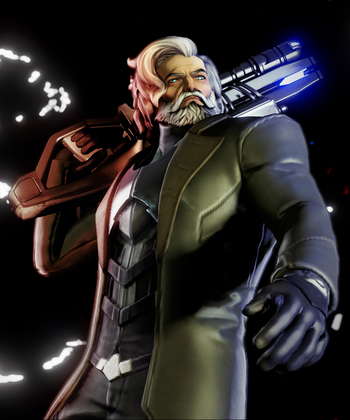 A highly skilled weapons designer who vanished some years ago, only to re-emerge as a lieutenant in the Ministry of Pride.

A young singer who is incredibly popular among teenagers, and a lieutenant in the Ministry of Pride. Gaunt has been using his music to brainwash his fans into obeying LEGION. 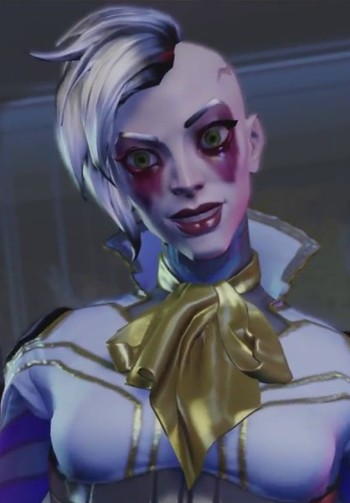 One of the Ministry of Pride's lieutenants. Babylon killed Ariadne's father for working with both him and the Minister of Greed, but he choose to enslave Ariadne via control chip to force her talented mind to work for him. Ariadne managed to overcome the control chip at the cost of her sanity. Now she is obsessed with becoming whole again. 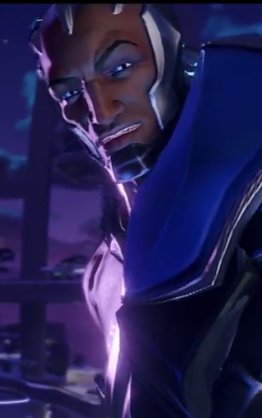 A Ministry of Pride lieutenant who wants to replace his entire body with pure machinery.

Negata
An associate of Oni from the Yakuza that joined LEGION.

Hollywood Fangirl
An insane fangirl who fluctuates between enthusiastic fawning and enthusiastic grieving. She tries to torture Hollywood to get him back into stardom, with the ultimate goal of being arrested on a new season of his crime show.

Rookie Bot
Gat's new robotic partner. Despite being cold to her initially he slowly grows to appreciate her as she helps him put a stop to Chief Bot's plans. Unfortunately, she is reset along with the other C.O.P. bots at the end of Gat's personal quest.
Gat Bots
An army of C.O.P. bots programmed with Johnny Gat's personality that threaten Seoul almost as much as L.E.G.I.O.N. itself due to their disregard of safety protocols and use of extremely excessive force.