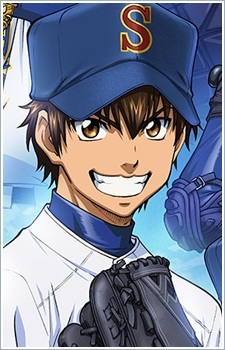 The main protagonist of the series. Eijun is a first year at Seidou. He hopes to continue his baseball career at his new high school as well as become the ace for his new team. 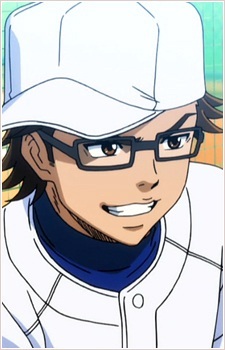 "We're not the Kings. We're the Challengers!"
Position: Catcher
Voiced by: Takahiro Sakurai
"This starting position was what I acquired by my own strength, the plays achieved with the fielders and the types of balls I ask from the pitcher. I definitely won't give such an interesting position up to anybody."

A student of Seidou High and is the regular catcher as well as the captain of Seidou High's baseball team. He is a genius catcher whose name is nationally well known. He was scouted by Takashima when he was still a first year in junior high. 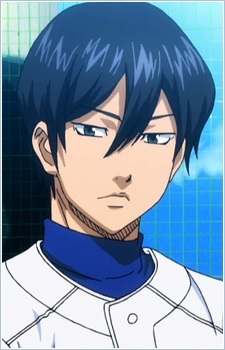 "I won't hand the mound over to anyone anymore. I'll become the ace of this team."
Position: Pitcher
Voiced by: Nobunaga Shimazaki
"I'll pitch as much as I need to. It's the ace's job to pitch."

Furuya comes from Tomakomai, Hokkaido and is a second year student of Seidou High School. He was formerly the Ace of the Seidou Baseball Club since the Fall Tournament of his first year until the Spring Tournament of his second year. He is Sawamura Eijun's rival and classmate. 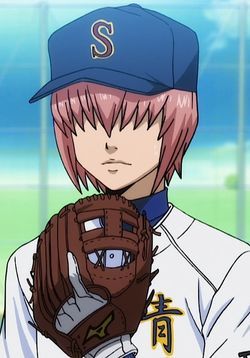 "The Pinch-Hitter is me!"
Position: 2nd Baseman
Voiced by: Natsuki Hanae
"I'm not going to wish for much. Only to hit for sure all the pitches that I know I can hit."

Haruichi Kominato plays second baseman and is one-half of the baseball team's Keystone Duo. He is also a close friend of Sawamura Eijun and Furuya Satoru. 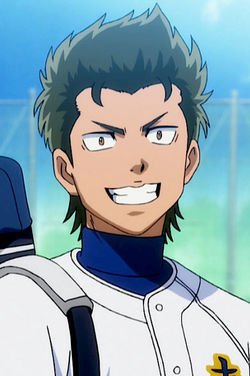 "Kyaha-ha!"
Position: Shortstop
Voiced by: Shintaro Asanuma
"I want to be the ace ... I want to bat clean up ... I want to be a regular and play in a game. Everyone comes here thinking that. But the truth is, there are only nine positions and close to a hundred players. The fittest make it and everyone else can only wait for the next chance. So we have to work hard for them too. You're not the only one who feels the pressure."

Kuramochi Youichi comes from the Chiba prefecture. He is a student of Seidou High School and is the roommate of Sawamura Eijun, Asada Hirofumi and formerly, Masuko Tōru. He is one-half of the baseball team's Keystone Combo, as well as one of the vice-captains. 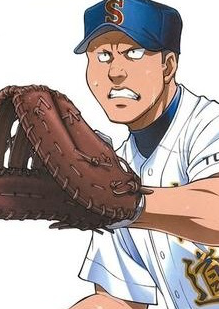 "As if I’ll accept being buried like this. My ambition is bigger than the universe!"
Position: 1st Baseman
Voiced by: Hiroaki Tajiri

Maezono Kenta comes from Osaka prefecture and is a student of Seidou High School. Like most members he lives in the dorm and is the roommate of Kominato Haruichi. 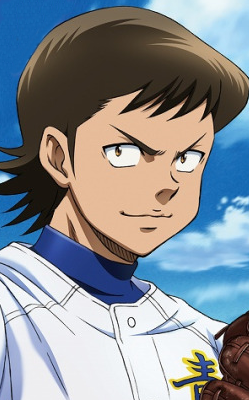 "Good grief...hearing such things from the two of you is what puts the most pressure on me."
Position: Pitcher
Voiced by: Hiro Shimono
Sports are cruel...because there are walls that cannot be overcome with effort alone...

Kawakami Norifumi comes from Saitama prefecture and is a student of Seidou High School. He is the reserve ace of Seidou's Baseball club and the team's only sidearm pitcher. 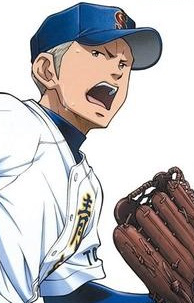 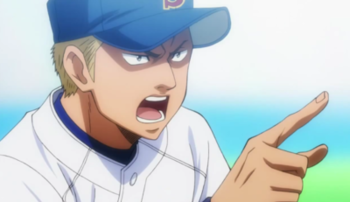 Sawamura's classmate and the third baseman of the team. He tends to be bossy towards his peers at first but forms a friendship with Eijun as the time goes on. Comes from the same junior high as Tojou Hideaki, his best friend. 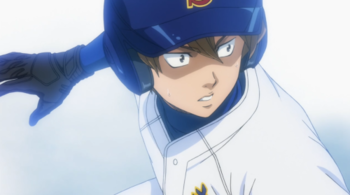 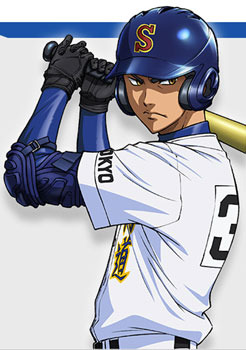 The captain of the Seidou High School Baseball Team. 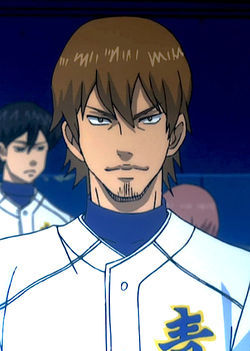 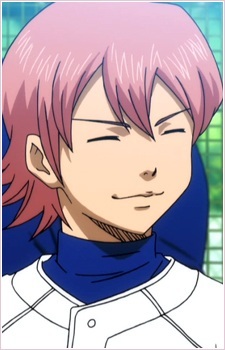 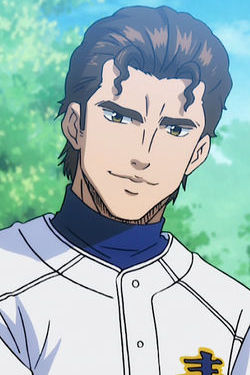 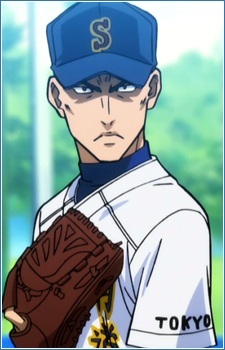 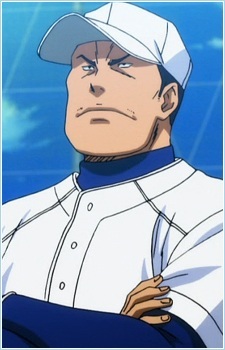 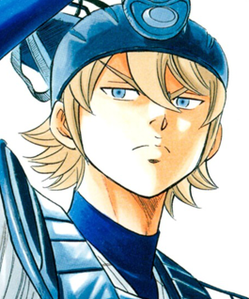 "We're fighting in our own way."
Position: Catcher
Voiced by: Yuuma Uchida
"I'm a catcher, sir. Even in the first string, I can only play as catcher."

Okumura Koushuu is a first year student of Seidou High. He is the roommate of Miyuki Kazuya and Kimura and aims to be a catcher.

Tetsuya's younger brother. Has the goal of using his performance in Seidou as a stepping stone to play in the MLB. 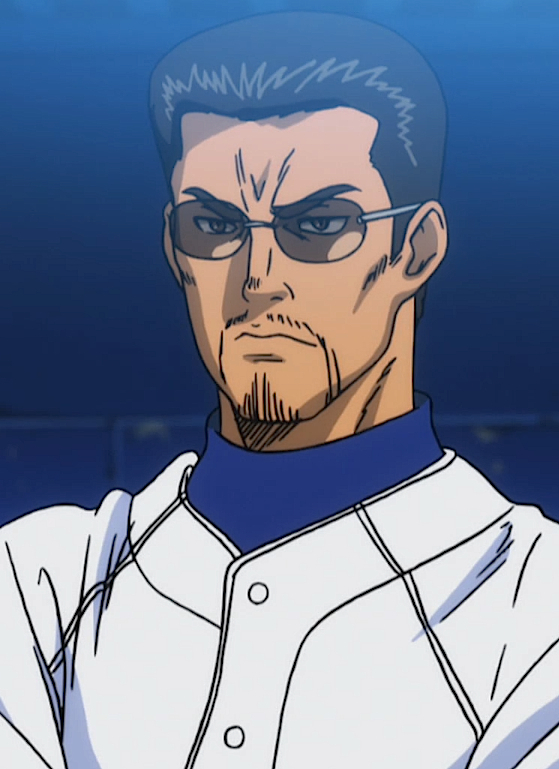 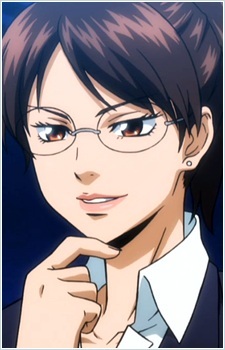 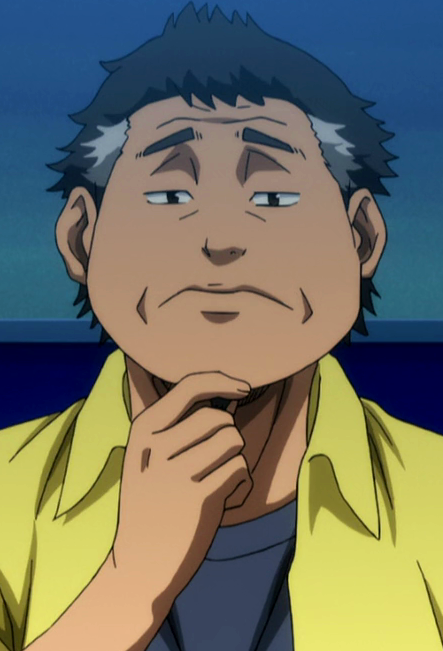