For Satoru Hosonaga, Gina Lestrade, and Roly Beate, who were introduced as witnesses in the first, third, and fourth cases of Adventures respectively, see Detectives and Other Law Enforcement Officers.

Note: There are tons of spoilers for The Great Ace Attorney covered below. Read cautiously!

The Adventure of the Great Departure (Oinaru Tabidachi no Bouken)

A sergeant of the Imperial Japanese Army who witnessed Wilson's murder in the restaurant La Carneval (La Quantos).

An antique dealer and owner of a store, 'Rasu-Tei' (Ponkotsu Hall). Lost a koban at the time of the murder.

A transfer student from England who studied in Wilson's laboratory in Yumei.

A senior board officer aboard the SS Burya (SS Alaclair). Was in charge of monitoring and security in the first-class cabin.

to see his real identity (Spoilers!)

A Russian gentleman who resides in the room next to Asogi's.

A notorious Russian revolutionary who had apparently fled to London. Herlock suspects Roylott of being him.

The Adventure of the Runaway Room (Shisso suru Misshitsu no Bouken)

A rich businessman, philanthropist and park owner. The defendant of the third case.

The coachman of the Phoenix Wright Omnibus, and a witness to the murder. He later moonlights as a street vendor under the alias 'Sandwich' (see Twisted Karma and His Last Bow below).

A banker who witnessed the crime onboard the omnibus at the time of the murder. He later acts as Juror No. 1 in both of Soseki Natsume's trials.

A milliner-in-training who witnessed the crime along with Fairplay.

The famous poet and author of Japanese literature, and defendant of the fourth case.

Soseki's cat. Made her brief appearance in the first game when she is examined in his room before running off, and then made her "official" appearance during the second crime scene investigation while she's meowing for food in the second game. She has since been adopted by Ryunosuke and friends in the first game.

Soseki's landlord, and a retired veteran who received a knee injury back when he was in service. He rents out rooms in his house.

Garrideb's maid. She is selected by the courts to be the fourth juror in the Olive Green assault trial.

Roly's wife, and a witness to the incident. Very proud of her husband.

The Adventure of the Unspeakable Story (Katararenai Monogatari no Bouken)

A mysterious gentleman who appears in Windibank's pawn shop. Has a tendency to twirl around like a ballroom dancer.

A small-time criminal duo. They broke into Windibank's pawn shop and witnessed the murder.

A forensics student under Yujin Mikotoba and Susato Mikotoba's close friend, who is put on trial for the sequel's first murder. Was formerly under Dr. John Wilson's department before the latter's death.

A journalist who was following Soseki around for a story regarding his visit to Yumei University.

An art student from Thorndyke University, and the victim of GAA 1-4 who was stabbed in the back in the knife. The first victim (outside of PLvsAA) to be still alive after the incident (she was put in a comatose state). She returns in GAA 2 after she recovers from her coma.

A mysterious fancily dressed man who is first seen in Case 4 of the previous game as one of the tenants of the Garrideb household. A "dead loss actor", as Gregson (and others) would describe him, and once spent jail time for petty crimes. Winds up a victim of strychnine poisoning, though he recovers and accuses Soseki of attempting to kill him.

An irritable, large-chinned man who works for Altamont Gas Company. He is called as a witness to William Shamspeare's poisoning.

Juror No. 4 for the Shamspeare poisoning trial, and the wife of Altamont Gas Company director Augustus Altamont (Valve Altamont). She had been sending Metermann over to Shamspeare's place over suspected gas theft.

A Germany-stationed English scientist who is arrested for murder after his presentation of an electricity-based teleporter at the Great Exhibition seemingly explodes and kills a volunteer.

A wax sculptor and the curator of a waxworks museum set up in the Great Exhibition.

A boy from Bohemia who witnessed Harebrayne's experiment from a hot-air balloon.

An impressario of gas balloons being used on the fair.

A mechanic and 'magiscientist' who has a reputation of swindling government grant money by disguising stage magic as legitimate science. Built Harebrayne's teleporter for the Great Exhibition.

Juror No. 2 for the Asman murder trial in the previous case, she comes to Sholmes' office looking for her husband, Daley, who ran away from home.

Evie's husband and the former chief jailer of the Barclay Prison. Forcibly retired from the position 10 years ago. 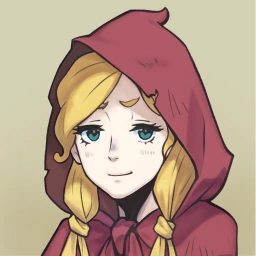 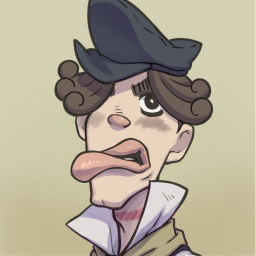 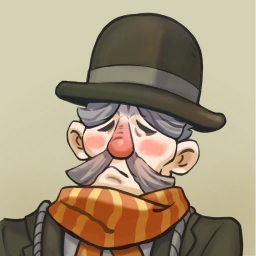 Sandwich
A trio of street vendors who were working near the crime scene when the murder happened. 'Venus' peddles wares (fireworks in particular), 'Gossip' is an information broker, and 'Sandwich' is a 'sandwich man' (i.e. a homeless man paid to advertise) who looks like Beppo, the carriage driver from the previous game, though Ryunosuke describes him only as "familiar".
The Red-Headed League

Two European nobles and con artists who are members of the Red-Headed League, a scam group under investigation. They met each other in a European boarding school for aristocrats called Temsik Boarding School (Ashtar Boarding School).

The Resolve of Ryunosuke Naruhodo (Naruhodo Ryunosuke no Kakugo) 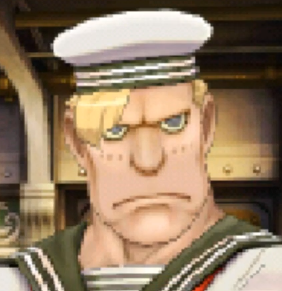 Queen Victoria
The Queen of the United Kingdom of Great Britain and Ireland and Empress of India. Ends up being made audience to the Gregson murder trial thanks to Sholmes' Remote Cinematograph.

Due to the semi-canonical nature of these cases, these characters have their own folder (merged into one due to the cases' relative length).

Apparently the highest scoring candidate in the tests for the Law Exchange Program...

Chalan Musgrave's younger brother. Herlock arrested him on the way to the trial.