Note: many of these characters are a Walking Spoiler so all spoilers will be unmarked. 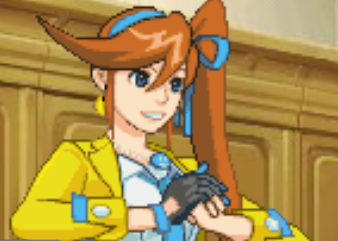 some caption text
The protagonist of the chapter. She is invited to a murder mystery party along with Phoenix Wright. After Arkus Strater, the gamemaster is killed, she is tasked with defending Phoenix after he is accused of the murder.
Advertisement:
Widget 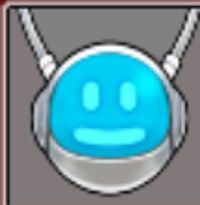 some caption text
Athena's robotic necklace. They shout out her internalized thoughts, usually at the worst times possible.
Phoenix Wright 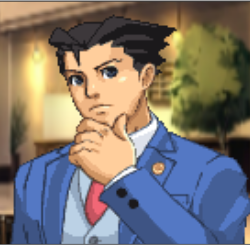 some caption text
Athena's boss and Trucy's adoptive father. He is invited to Arkus' murder mystery party but is accused of murdering Arkus when the eccentric millionaire is found murdered.
Klavier Gavin 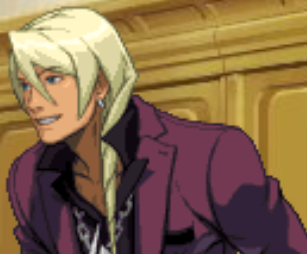 some caption text
The prosecutor of the case. He's more interested in finding the truth than winning cases, yet that doesn't mean he's a pushover in court.
Trucy Wright 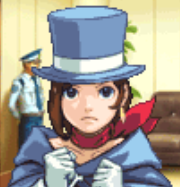 some caption text
Phoenix's adoptive daughter. She comes to the trial to offer moral support to her daddy.
Judge 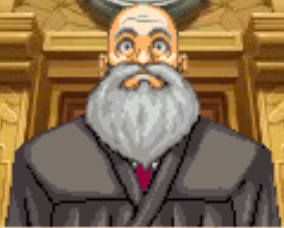 some caption text
The judge of the case. He may seem senile, but he always comes to the right conclusion in the end.
Advertisement:
Apollo Justice

A defense attorney who has recently travelled to Khu'rain. He doesn't appear physically in the chapter, though he has a phonecall with Athena. 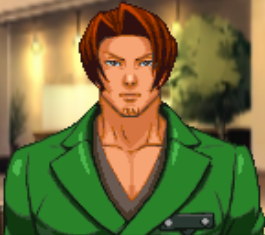 some caption text
A wealthy businessman who has had many misfortunes in his life. He lost his wife when his daughter was only thirteen and got horribly burned rescuing her. His daughter was murdered several years later, causing him to go slightly crazy. He invited several people to a murder mystery party, blackmailing them into cooperating. He was murdered by Grace Barre ten minutes before the "game" was to end.
Isla Strater 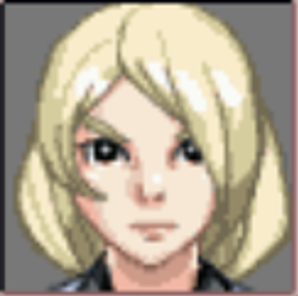 some caption text
Arkus' deceased daughter. She was dating Ken Forza but was murdered during a party her father held by Ronald Strater.
Ken Forza 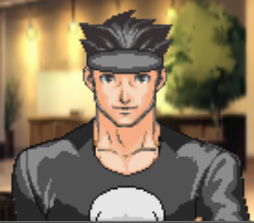 some caption text
A mechanic who was romantically involved with Isla Strater before her murder. He is summoned to the party, being a suspect in Isla's murder.
Advertisement:
Ronald Barre 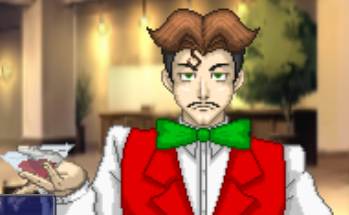 some caption text
A CEO of a social networking site who was responsible for a massive data breach. He and his wife murdered Isla Strater to silence her in order to prevent his secret from being revealed. He was also an accessory to Arkus' murder, though this was mainly his wife's doing.
Grace Barre/Gilded 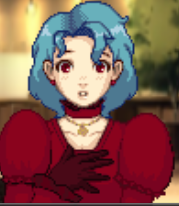 some caption text
An elegant and sophisticated woman who is married to Ronald. Unhappy with her marriage, she was having an affair with Connor Iving, something which was discovered by the Straters. She was an accomplice of Ronald for the murder of Isla and the main killer of Arkus.
Connor Iving 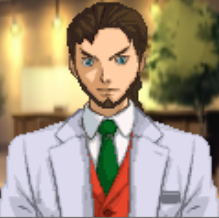 some caption text
A financial manager who was an assistan to Ronald Barre and embezzler who was in a relationship with Grace Barre. He was known for being very enigmatic.