Characters from Academy of Merlin that don't fit in any category.

open/close all folders
The Deities
The Deities are Animal Themed Superbeings that are responsible for protecting the various Domains of the world. Most, if not all, dislike interacting with intelligent life and instead prefer to live in the shadows of history, with very, very few accounts of them every surviving if at all. 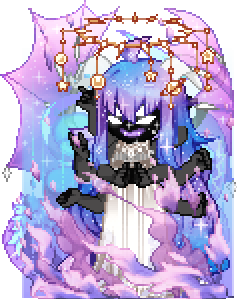 The first Deity, responsible for bringing the world into being and for giving purpose (and therefore life) to all other Deities. After creating the universe, Bukki went into a deep, deep sleep.

Deity of the Forest 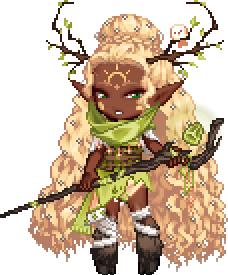 The Deity of the Forest. Long, long ago, they were angered by a human that killed an infant dragon and fused with him, creating the First Elf. To this day, they are still fused with him, and the First Elf carries out Eryl's duties to the best of his ability. They are the least fond of humans.

The Story of the First Elf

Characters that appear in the Story of the First Elf. 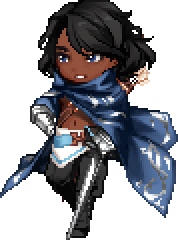 The first form of the First Elf. A human warrior that pissed off a Deity and paid a very heavy price for it.

A sweet Control Group girl in the Leader bunk that sacrificed herself for Catherine.