Graduates from the Lucian House of the Academy of Merlin.

A foul-mouthed Lithuanian elf boy who attended Merlin from 2014-2018 and made house representative twice. He's very blunt about pretty much everything but his own feelings. Originally came to Merlin to find his brother, who, at the time, was made victim to End's mask curse. 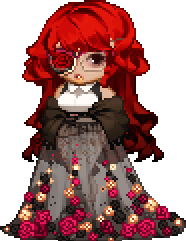 An Italian ex-mafia princess who attended Merlin from 2010-2014. Currently a school teacher in Australia. She dropped a cheery, frightening persona after encountering Iapyx while on a mission to kill Daedalus, Icarus's father and a major kingpin in the underworld responsible for her mother's death. 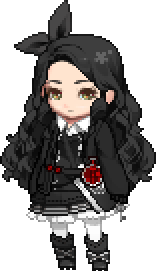 A quiet girl that attended Merlin 2014-2016. The circumstances surrounding her disappearance are largely unknown to all but a select few. Attended Merlin to escape from her abusive stepfather and find a way to bring her biological father back to life, but was ultimately offed by her own hubris.

A money-hungry dwelf that attended Merlin 2016-2020. Loyal to his friends and his eBay account. Actually a homunculus, Magnus escaped from the Maker's lab with the assistance of Mother.

A sleepy half-dwarf that attended Merlin 2015-2019. A very grounded person that's not easy to rile up. Originally from a prominent dwarf colony in Sweden, they left after threatening the chief with a knife, believing he had caused her father's death.

A quiet dwelf with an affinity for the deceased that attended Merlin 2016-2020. Has a habit of saying incredibly unsettling things in monotone. Her mother's spirit, Renee, follows her in spirit. 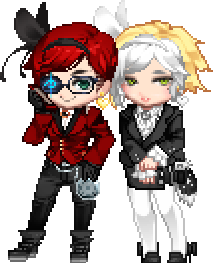 A rich councilman's son who attended the Academy from 2016-2020. A headstrong kid with a strained familial relationship. Originally attended Merlin as a deal with his father, but soon grew to love the school and the people in it. His half-elf servant, Whit, was on the trail of the Witch's Treasure.

A reclusive first year with a mean streak a mile wide that attended Merlin 2016-2020. Possessed by the ba of Apophis for so long that his own soul became nearly nonexistent.

A white-haired, mute Persian elf who communicates with sign language and attended Merlin 2014-2018. Originally had a fairy companion named Bijan with whom he shared a deep bond, but Bijan died. Close friends with Vivian Summers before she died. He now runs a tea shop in New York City with his fiance End.

A deadpan second year human girl that attended Merlin 2016-2019. Secretly an elf, Gwen has a magical girl-esque heritage that she gives no shits about and simply wants her family back together.

An Australian that never wanted to be a magick in the first place. At all. Ever. Attended 2010-2014. Only attended the Academy because she had to, and now lives in Australia with her girlfriend Ariadne.