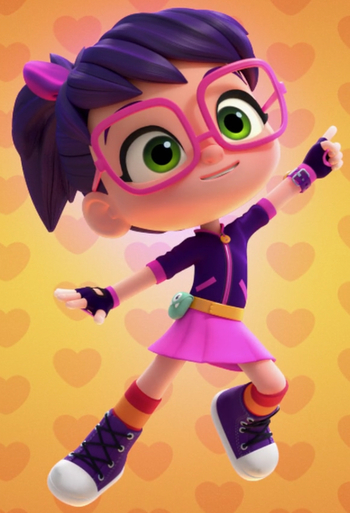 Voiced by: Macy Drouin
The heroine of the show, a 7-year old half Asian girl who lives in the Hatcher Palace Hotel and is willing to help a Fuzzly in need. In Season 2, she becomes the lead singer of the Blossom Band along with the Flower Fuzzlies. She also gets a Hispanic counterpart named Sophie.
Advertisement:
Bozzly 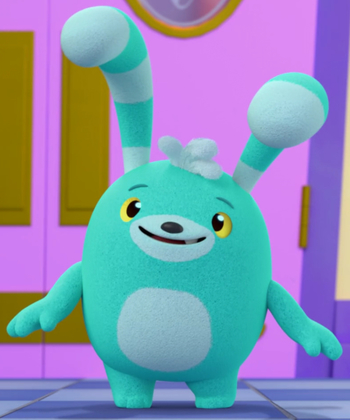 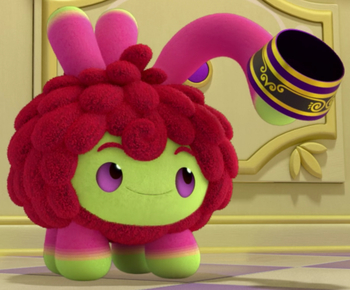 A Fuzzly with extendable tentacles on his head. He acts as the hotel's elevator operator. 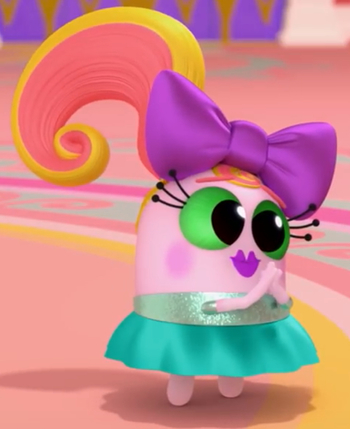 Voiced by: Hattie Kragten
A Fuzzly who has an interest in styling hair. She is Mrs. Melvin's assistant in the hotel salon.
Mo and Bo 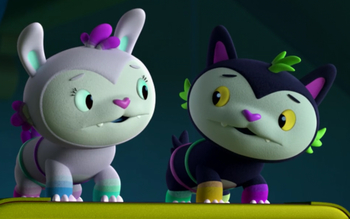 Mo's on the left, Bo's on the right.
Voiced by: Laaibah Alvi (Mo) and Leo Orgil (Bo)
Two cat Fuzzlies who speak in rhyme and have stretchy torsos which glow like nightlights.
Advertisement:
Curly 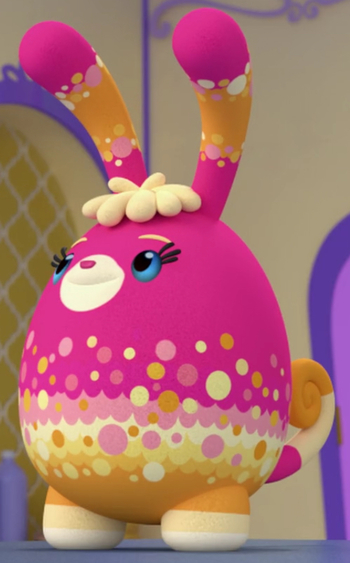 Voiced by: Sophie Cullingan
A Fuzzly with a spring-shaped tail which allows her to jump really high. She's the assistant to Chef Jeff.
Princess Flug 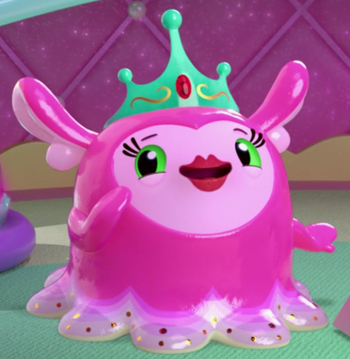 Voiced by: Michela Luci
A Fuzzly who dresses like a princess and can squirt glitter goop and blow bubbles which carry anything.
Teeny Terry 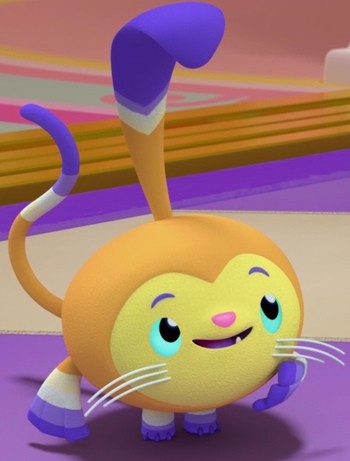 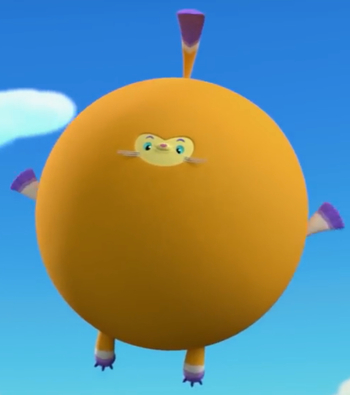 Inflated
Voiced by: Jacob Soley
A Fuzzly who can inflate and hover like a balloon. He enjoys fixing things and is Lex's business partner.
The Squeaky Peepers

Left to right: Big Do, Re, Mi, Fa, So, La, Ti, and Little Do.
Voiced by: Kate Miller
A group of Fuzzlies who sing whatever they say.
Grumbles 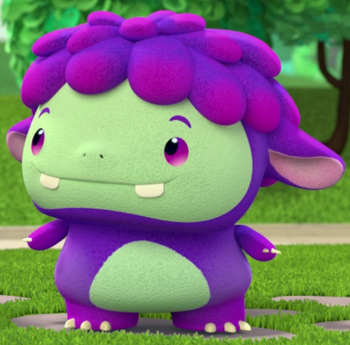 Voiced by: Kaden Stephen
The biggest Fuzzly of all, who can transform into anything.
Advertisement:
Daisy, Tulip, Rose and Sweet Pea 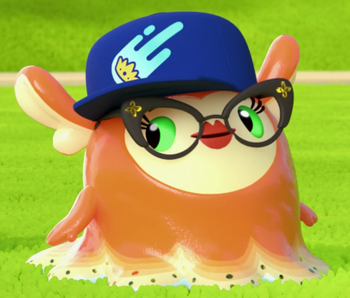 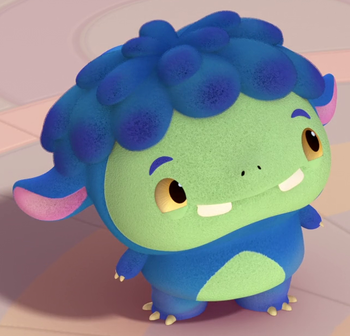 Voiced by: Ian Ho
Grumbles' baby cousin who can multiply himself. 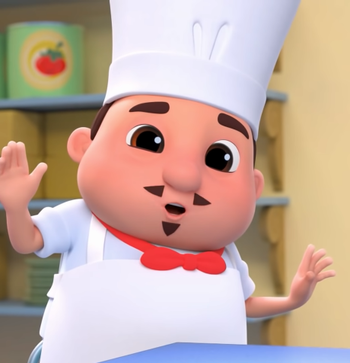 Voiced by: Paul Sun-Hyung Lee
The eccentric and diminutive chef of the Hatcher Palace Hotel. He is always subject to a gag Once per Episode where he is working in the kitchen only for Abby's arrival to screw it up with humorous results.
Miranda and Lex Hatcher
Miranda voiced by: Josette Jorge
Lex voiced by: Terry McGurrin
Abby's parents.
Melvin Melvin
Voiced by: Christian Campbell
A friend of Abby's who lives in the hotel.
Mr. and Mrs. Melvin
Mr. Melvin voiced by: Deven Mack
Mrs. Melvin voiced by: Kim Roberts
Melvin's parents.
Judge Thorn
Voiced by: Catherine Disher
A cynical judge of events and a regular visitor.
Wai Po
Voiced by: Jane Luk
Abby's maternal grandmother who's a Fuzzly Catcher just like her.