Characters / A Wizard in Rhyme

A list of characters, listed by the books they first appear in.

The main page is here.

open/close all folders
Her Majesty's Wizard

"There sits a prisoner in a cell of stone Whose eyes should weep, for she's alone. Yet ill-becoming royalty are tears; And she's a queen, though slight in years. Away, away, through walls I'll fly to her, And there about our fates we shall confer!"

The current king of Merovence, or at least he was until Princess Alisande the rightful heir to the throne takes it back. 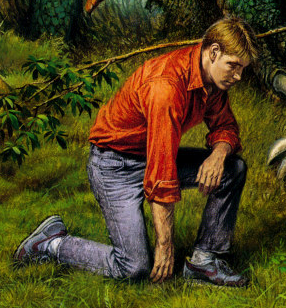 A Ph.D. student, who is transported to a magical world where poetry is used to cast spells.

A wandering black knight who joins up with Matthew and Alisande. 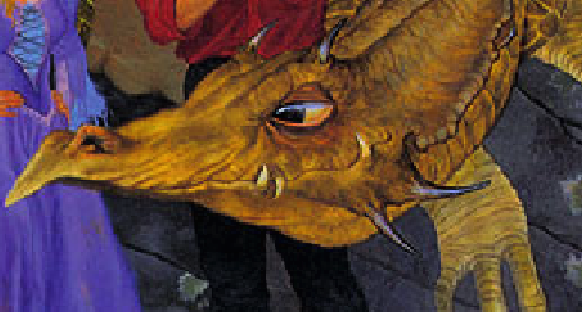 It's light to which I do aspire; Send someone quick to light my fire! And long or short, by any name, So long as he's equipped with flame!

A dragon that was sent into exile. He was accidentally summoned by Matthew.

Originally a simple stick that Matt cursed by mistake. King Gordogrosso brought it back as a fiery tree to attack Matt's group.

A traveling cyclops that is fighting against King Gordogrosso.

The legendary monster from Beowulf. He was summoned by Matt to get rid of some knights. 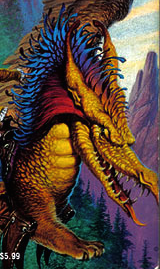 A troll that tries to eat Saul when he crosses its bridge at the beginning of The Witchdoctor. Winds up getting enchanted to follow him around and do what he asks when Saul calls up The Fair Folk by accident and they decide it'd be funny.