Characters / A Song of Ice and Fire - House Seaworth

This is a listing of members of House Seaworth who appear in A Song of Ice and Fire. 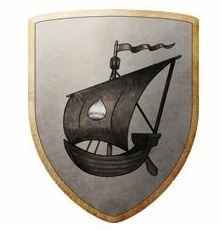 Created after Robert's Rebellion, House Seaworth is a knightly house in the Stormlands. Its seat is a small keep on Cape Wraith, in the south of the Storm Lands. The House consists of Davos and his wife Marya, along with their seven sons: Dale, Allard, Matthos, Maric, Devan, Stannis and Steffon. Its sigil is a ship with an onion sail on a grey background.

As of A Storm of Swords, House Seaworth is now a noble house after Ser Davos was made Lord of the Rainwood.

Ser Davos Seaworth, Lord of the Rainwood, Admiral of the Narrow Sea, Hand of the King 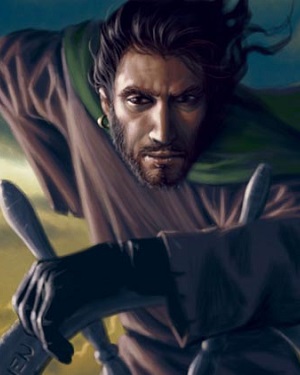 "It was just, what he did to me. I had flouted the king's laws all my life. He has earned my loyalty."

A smuggler turned knight turned Admiral, Lord, and Hand of the King, sponsored by Stannis Baratheon. He turned straight by smuggling food into Stannis's besieged castle, earning him a knighthood for his service. Stannis also demanded that he lose the first joint off the fingers of his left hand to balance out his life of crime. He is often called "the Onion Knight," somewhat disparagingly, because he earned his knighthood with crates of onions. Despite his past, he is a loyal and honorable man, and a devout follower of the Seven. He mistrusts the sorceress Melisandre, seeking to counter her influence over Stannis.

"The Others take our onion... and that flaming heart. It was an ill thing to burn the Seven."

"I will pray for them at the nightfires, and you as well, Father, so you may walk in the Light of the Lord until the end of your days."