Characters / A Song of Ice and Fire - Historical Other Westerosi

A man-at-arms sworn to House Targaryen. When Maegor was challenged to a Trial of Seven, he was the first to take a stand to fight for Maegor.

A woodsman and part of the mob that stormed the Dragonpit. He slew Shrykos.

An unidentified man that took part in the Storming of the Dragonpit. He slew Morghul. 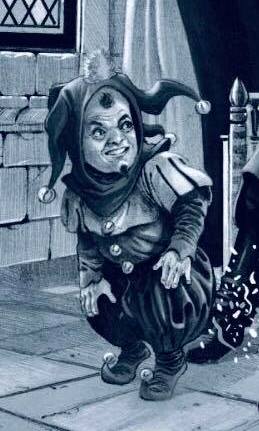 "Poison!? He didn't die of poison, he died in his sleep!"
Septon Eustace, disputing one of Mushroom's outrageous claims about the death of Viserys I.

A jester dwarf in the service of Kings Viserys I and Aegon II that purportedly witnessed firsthand the events at the courts of said kings which were compiled in the extremely controversial book The Testimony Of Mushroom by an unknown writer. The book is cited by various historians like Archmaesters Gyldayn and Vaellyn for their own account of the events.

A notorious sellsail who became second-in-command of the royal fleet during the regency of King Aegon III Targaryen.

On the islands of Dragonstone and Driftmark, the Targaryens and Velaryons practice the right of first night, resulting in bastard children with the potential to be dragon riders. Such children are revered on the island, and they played a huge role in the Dance of the Dragons. 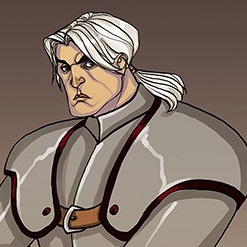 A blacksmith's bastard on Dragonstone during the time of the Dance of the Dragons.

Ulf the White, Ulf the Sot 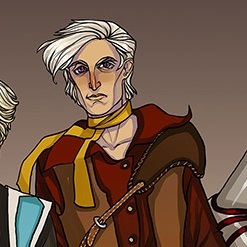 A man-at-arms on Dragonstone during the time of the Dance of the Dragons. 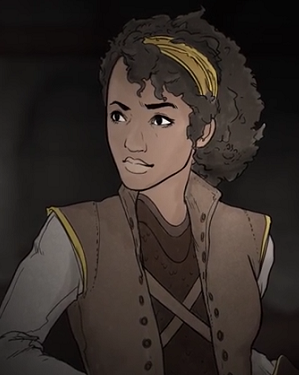 A common girl who accepts the call for dragonriders during the Civil War between King Aegon II and Queen Rhaenyra. She's able to tame a feral dragon nicknamed Sheepstealer, rides it against an invading Tyroshi fleet, and later teams up with Prince Daemon in his search for Prince Aemond Targaryen and his dragon Vhagar. It's not known whether Nettles was a Dragonseed proper, but evidence points towards her not being so.

Silver Denys was a man living on Dragonstone at the outset of the Dance of the Dragons, who claimed to be the bastard son of King Maegor I Targaryen. His hair and eye color lent some credence to his claim. If not specifically Maegor's bastard, he probably was one from a strongly Valyrian bloodline. 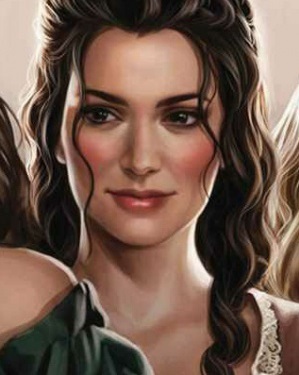 The young, beautiful wife of a blacksmith from Fairmarket, Megette caught the eye of Aegon the Unworthy when his horse threw a shoe and he had to get it a new one. He brought Megette back to King's Landing and was "wed" to her in secret by a mummer playing as septon. The relationship ended when his father Prince Viserys sent Megette back to her husband, who beat her to death within a year. 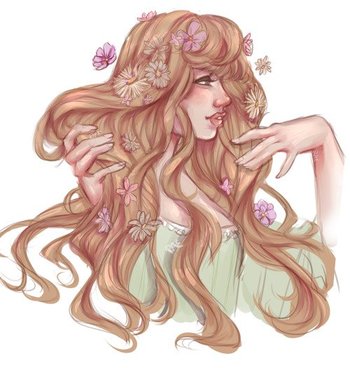 "High in the halls of the kings who are gone, Jenny would dance with her ghosts..."

A commonborn girl who wed Prince Duncan the Small. There was a song written about her, the song that the Ghost of High Heart, her old friend, demands to hear before giving her prophecies.

A woman from Fair Isle who lived at the time of the Dance of the Dragons. She is known for murdering Dalton Greyjoy after he took her as a salt wife.

Claiming to be the grandson of Harren the Black, Harren the Red troubled the reign of King Aenys I when he and his men entered Harrenhal and killed Lord Gargon Qoherys. His band was later put down by Hand of the King Lord Alyn Stokeworth.

A Dornishman, the first Vulture King raised an army of thirty thousand commoners in revolt against King Aenys I. He was hunted down and killed by Lord Orys Baratheon and the Marcher Lords in a campaign known as the Vulture Hunt.

A Dornish outlaw who tried to rebel against Jaehaerys in 61AC. He tried to use the Red Mountains of Dorne to his advantage, but his camps were found and burned by Jaehaerys on Vermithor. He was aided and abetted by Rogar Baratheons's younger brother Borys Baratheon.

The Rat, The Hawk and The Pig
A trio of outlaws during Aegon V's reign.