Characters / A Song of Ice and Fire - Brotherhood Without Banners

This is a listing of members of the Brotherhood Without Banners in A Song of Ice and Fire.

"Any knight can make a knight, and every man you see before you has felt a sword upon his shoulder. We are the forgotten fellowship."
—Beric

Originally a troop of soldiers sent out by Eddard Stark under the leadership of Lord Beric Dondarrion to bring the king's justice to Gregor Clegane's band of marauders, the Brotherhood Without Banners become outlaws when the Lannisters take the throne and continue to fight on in the name of House Baratheon against increasingly hopeless odds as the series progresses. They also become increasingly extreme in their definition of "justice", particularly under the leadership of Lady Stoneheart, and begin hanging anyone they encounter with even a tangential connection to the Lannisters. 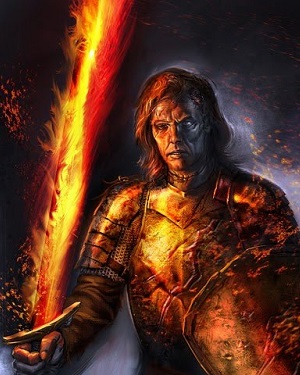 "Robert is slain, but his realm remains. And we defend her."

Lord of Blackhaven and head of House Dondarrion. Eddard Stark tasked him with leading a small army to defeat and execute Gregor Clegane after the knight savagely raided The Riverlands. Disappears shortly after, though he becomes infamous for becoming the leader of a rebellion against Lannister, Baratheon, and Stark alike in defense of the common people. 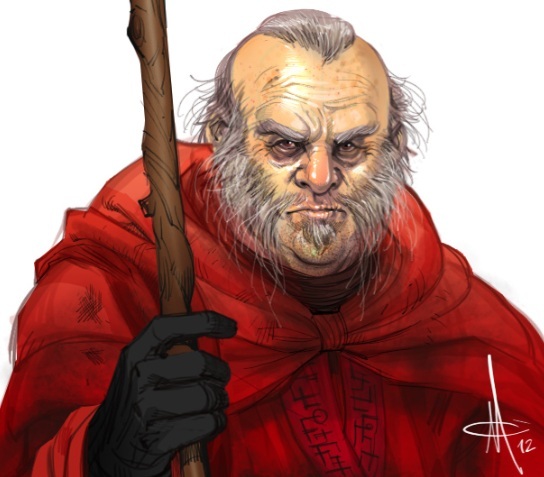 "We are brothers here, holy brothers, sworn to the realm, to our god, and to each other."

A Red Priest sent to Westeros to convert them to worship of R'hllor, he became more fond of drinking, whoring, and fighting, even becoming a favorite drinking companion of King Robert Baratheon. He never had much faith in his religion until he was sent as part of a force to kill Gregor Clegane, and managed to bring his friend Beric Dondarrion back to life. After that he (mostly) shaped up and became one of the leading members of the Brotherhood Without Banners. After Beric Dondarrion dies and Lady Stoneheart takes over the Brotherhood, Thoros stays loyal to the group but steps down from his leadership position.

Ser Gendry of the Hollow Hill 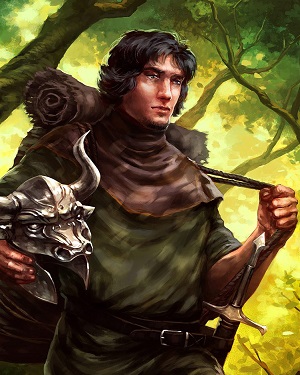 "When I hit that steel it sings. Are you gonna sing when I hit you?"

One of King Robert's bastard sons. Raised in King's Landing, Gendry was an apprentice blacksmith who had no knowledge of his biological father. He befriends Arya Stark as they travel with a group of Night's Watch recruits. He eventually ends up joining the Brotherhood Without Banners and is knighted by Lord Beric Dondarrion. 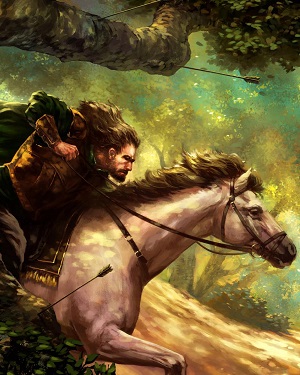 A soldier from Winterfell, he was one of Lord Eddard Stark's guard who were assigned to help kill Ser Gregor Clegane.

A bard who once earned the ire of Lord Edmure Tully, but is now a dedicated member of the Brotherhood.

A member of the Brotherhood who wears a bright lemon colored cloak. 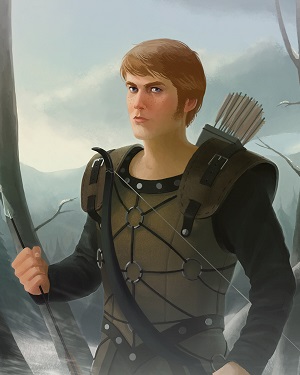 A commoner from the Dornish Marches who has amazing skills with a bow.

A Tyroshi warrior who joined the Brotherhood Without Banners.

A member of the Brotherhood from Stony Sept.

A one-eyed member of the Brotherhood.