Characters from the year 2000

A wanderer traveling across the country in order to find the 'girl in the sky', a goal each generation of his family has passed on for a thousand years. Yukito lives off his trade, a special form of stringless puppeteering that was taught to him by his mother before she died.

The first of the three girls that meets Yukito Kunisaki. She becomes friends with Yukito and invites him to stay over at her house. She is a cheerful, slightly clumsy girl, and often mentions the pseudo-dinosauric phrase "Gao" whenever she feels troubled or is about to cry. Since a young age, Misuzu has had a great love of dinosaurs. She suffers from a mysterious illness that makes her ill whenever she comes to love someone and is loved back.

The younger sister of Hijiri Kirishima. Kano is a wily and energetic girl with a cute side, and is always seen with her small dog, Potato. Like Misuzu, Kano has a curse related to the past.

A top student in the school, Minagi is very quiet and shy. Though she does not hold a spirit from the past like Misuzu or Kano, she is still rather isolated from others. Until she met Yukito, her only friend was Michiru.

The town doctor and Kano Kirishima's sister and guardian. 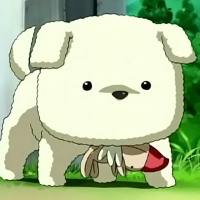 The town's stray puppy(?) that lives in town mostly with Kano. 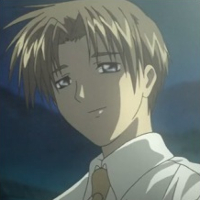 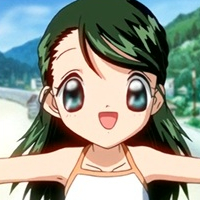 A six-year-old girl who meets Yukito when she gets lost. She recurs throughout the series after this.

Characters from the year 1000 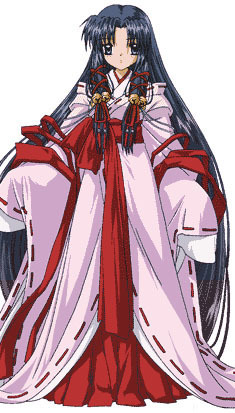 One of the last winged beings in history. Kanna was deified out of fear for the awesome power inherent in all of her kind, so from birth, Kanna had been kept in isolated areas away from the general populace. Not long after meeting Ryuuya and Uraha, she escaped with them in order to find her mother. As she traveled with her guardians, Kanna began to develop feelings for Ryuuya, and when the party became surrounded by guards, she took to the sky as a diversion after surrounding Ryuuya and Uraha with a protective shield. While in the air, Buddhist monks cast a spell that bound her into a cycle of eternal reincarnation and suffering that Ryuuya fought to break with Uraha, leaving it up to his descendants to find a way to free Kanna. 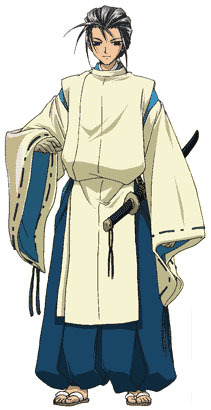 A skilled, yet low-ranked samurai in charge of Kanna's protection. Unfortunately, after creating a diversion for Ryuuya and Uraha, Kanna was cursed by Buddhist monks to live an endless cycle of reincarnation, suffering, and death. Ryuuya dedicated the remainder of his life to finding a way to lift the curse, and though he never did, he had a child with Uraha in the hopes that their kin would eventually find a way to break the curse. He also received a premonition from Uraha that he was fated to die within the same year as Kanna. 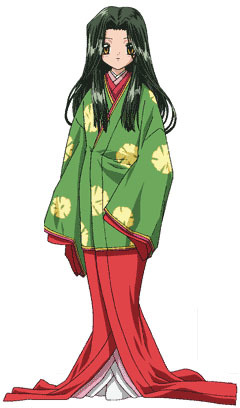 One of the servants in charge of Kanna's care.