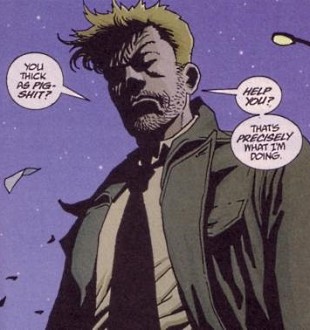 "Oh, my god! John Constantine is the greatest character I've ever seen in my life! He's all about manipulating the forces of evil, because these demons and devils are stupid around him. And he likes to sell his soul multiple times, like overspending on a credit card, but he has just one thing to spend, and now all the demons are fighting over who gets to collect it, and how much interest he owes for..."

Characters from Comic Books that are just that... totally... Awesome.