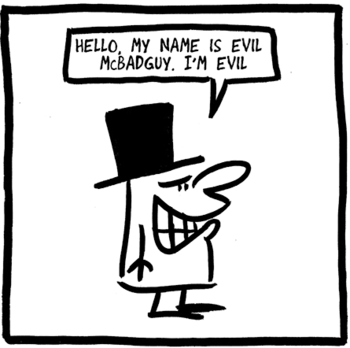 "After seeing how many people say they can relate to Cartman, Joker, and Rick, I had to avoid any ambiguity."
Card-Carrying Villains in webcomics.