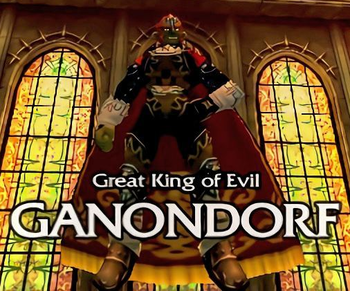 Epithets from other games in the series include "Prince of Darkness", "Ganon of the Enchanted Thieves", "King of Darkness", "Dark Lord", "the Demon King", and "Hatred and Malice Incarnate".
Advertisement: