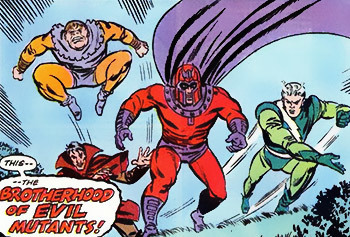 The Silver Surfer met his latest and greatest enemy this year: A tyrant named Tyrant. And wasn't it only last year that X-Factor was fighting nasty boys called the Nasty Boys? Next year, Marvel heroes will battle all-new characters named Villain, The Bad Guys, The Antagonist, The Opponent, The Legion of Enemies, Mister Naughty, and The Incredible Do-Badder.
— Marvel Year in Review 1993