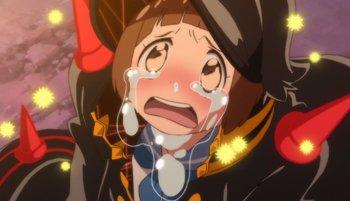 "THAT’S WHAT THE GLOW WAS! IT WAS PLAIN OLD GREED BURNING INSIDE US!"
Advertisement:

Cuties being broken in Anime and Manga.