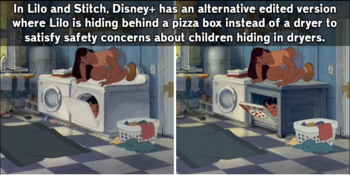 Although before it gained infamy on Disney+, the UK had this edit first.
Advertisement:
open/close all folders
Animated Films
Live-Action Films