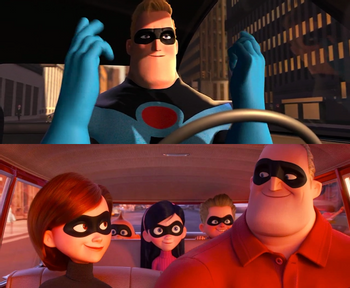 Top: on his own. Bottom: with his whole family.
Advertisement:

Note that some Bookends can be spoilers, so beware.