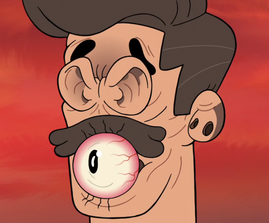 "Oh wow! That's a great offer. How 'bout instead I shuffle the functions of every hole in your face?"