Blog / A Student Out of Time 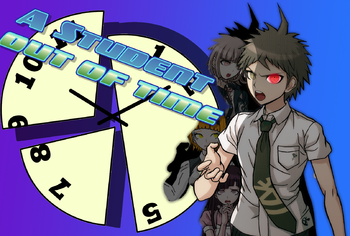 What if you had the chance to change everything?

Hajime Hinata, after the end of the Final Killing Game, has adjusted to a peaceful and normal life on Jabberwock Island alongside his friends and partners. That is until he lays down one morning and inexplicably finds himself thrown backward in time to the year 2012. Back to Hope’s Peak Academy before the events that lead up to The Tragedy ever happened. Armed with knowledge of the future, but back to his status as a regular guy, he resolves to change history. Things most certainly aren’t going to be easy.

A Student Out of Time is a a Tumblr Danganronpa Ask Blog detailing the adventures of Hajime and his allies as they seek to change history.

to read the story from the beginning.

Also, please be advised that this blog features spoilers from the Danganronpa Franchise and LINUJ's Another series.

Tropes in A Student Out of Time include: