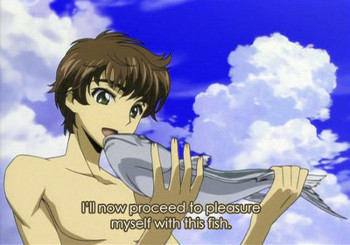 An example of fansubbing done... not so well.
Advertisement:

Ventilator and scanlations of UBS (Fansubs and Scanlations)