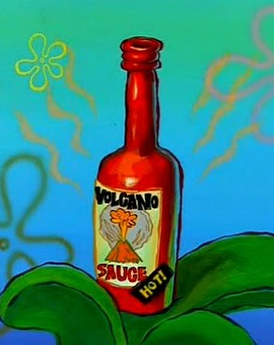 "By the powers of naughtiness, I command this particular drop of hot sauce to be really... really... HOT!"