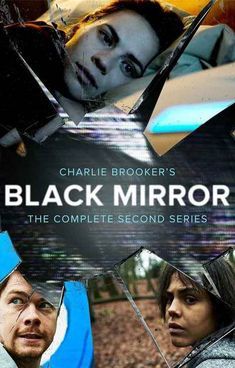 Just over a year after the first series aired, Black Mirror returned to Channel 4 in February of 2013, now more fully examining the fears of reliance on and interaction with modern technologies — in particular Twitter.

The Christmas special, Black Mirror: White Christmas, that aired in December 2014 is not attached to series 2, not to any series, of the show; Channel 4 list it as a single-episode series 3

, though this is effectively RetConned out of existence by the series 3 later produced by Netflix (who do list it as part of series 2).