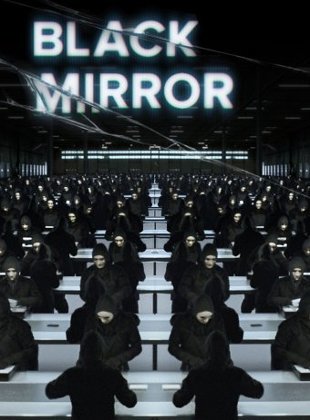 In 2015, Netflix, in its production capacity, commissioned the creators of Black Mirror (and distributors Endemol) to create a new series. In 2016, Channel 4 was announced to have been unsuccessful in trying to buy distribution rights from Endemol, in favour of Netflix, with Endemol citing not only the higher purchase but also the fact that Channel 4 had declined to recommission the show in the last three years.

Subsequently, Netflix produced and released a third series the length of the first two combined (at a whopping six episodes) and released them all to stream on October 21st, 2016. This was around the time of the British autumn half-term (Fall break)note Though, obviously, at the other end of the month. Fall break in the US coincides with whatever-your-State-now-calls-Columbus Day, in the first half of October, autumn half-term in the UK tries to coincide with All Hallows' Eve at the end., allowing for British under-18s, at least, to have a week to binge-watch it.

Reactions to the third series were highly positive, particularly the Breather Episode "San Junipero", which won two BAFTAs, two Emmys, a GLAAD award, as well as being nominated for a Hugo and the Media Diversity TV moment of the year.

In early September 2016, over a month before the series release, "Nosedive" and "San Junipero" were premiered at the Toronto International Film Festival.