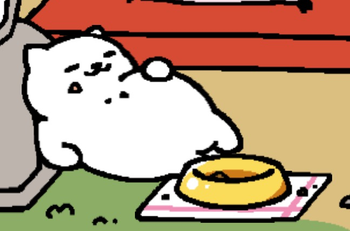 Another food bowl shamelessly wolfed down by Tubbs.