Beware The Nice Ones / Western Animation 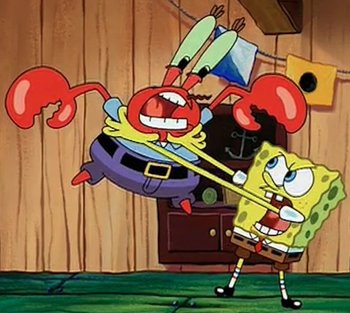 Even SpongeBob has his limits!