Better Than It Sounds / Webcomics 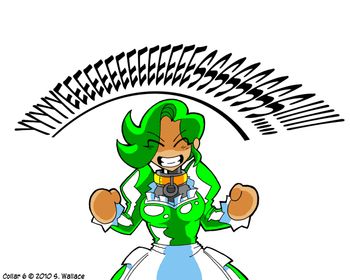 It's a webcomic about BDSM…and lesbians…but, that's not the reason for reading it!

The fertile minds of the world wide web use graphical software to create stuff for people to read. And sometimes it's worthy.