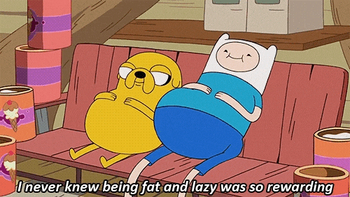 Rewarding you with what? Ice Cream?
Advertisement: