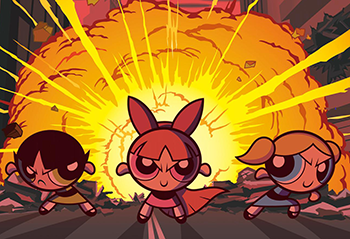 Take that, Michael Bay!
"Okay, okay I surrender! You can stop behaving in a way counter-intuitive to how you superficially appear!"
— Mitch on Meap, Phineas and Ferb, "The Chronicles of Meap"
Advertisement: