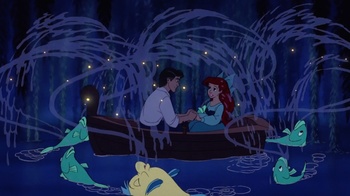 Sebastian managed to make romantic music on the fly.
Advertisement: