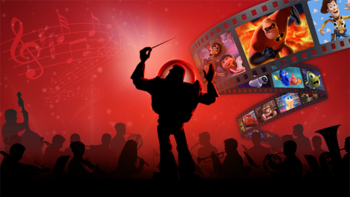 Pixar films with their own pages