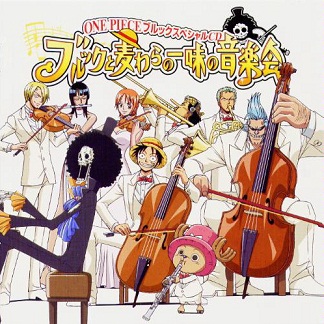 "Gather up all of the crew,
It's time to ship out Bink's Brew..."
Advertisement:

As should be expected, an epic series like One Piece deserves an epic soundtrack.