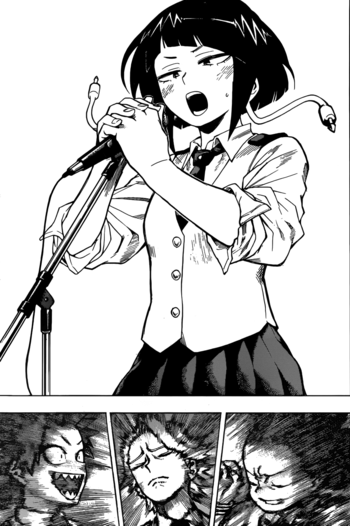 Hero too
I am a hero too
My heart is set and I won't back down
Hero too
Strength doesn't make a hero
True heroes stand up for what they believe
So wait and see
— Kyoka Jiro, "Hero Too"
Advertisement:

My Hero Academia has a lot of good songs.