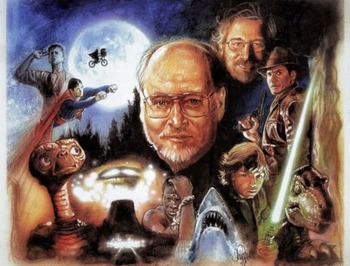 There is a reason why he is the most well known film composer of our time.
John Williams is responsible for many, many memorable film soundtracks. Among them are the soundtracks to Star Wars and almost every Steven Spielberg film (the exceptions being his Made for TV Movies, The Color Purple, Twilight Zone: The Movie and Ready Player One (2018).). In short, John Williams has made a career out of writing Awesome Music.

The following soundtracks have their own page:

open/close all folders
For Steven Spielberg
Everything else