Awesome / Yuki Yuna is a Hero 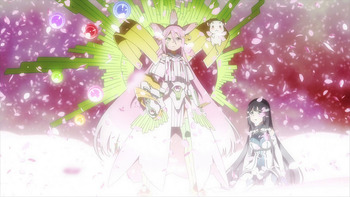