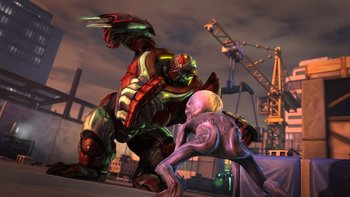 This is probably the least awesome moment in the game.