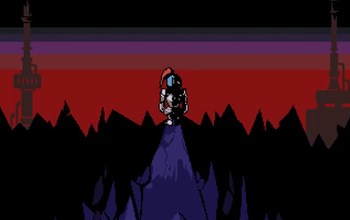 The Heroine Appears.
This game has many moments that will fill you with determination.SPOILERS ARE UNMARKED, READ WITH CAUTION!