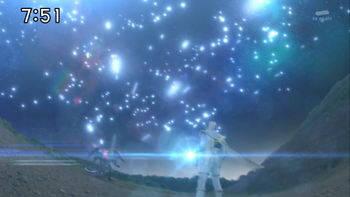 Lucky showcasing the power of ShishiRed Orion while dishing out a Curb-Stomp Battle against Don Armage.
Advertisement:
open/close all folders