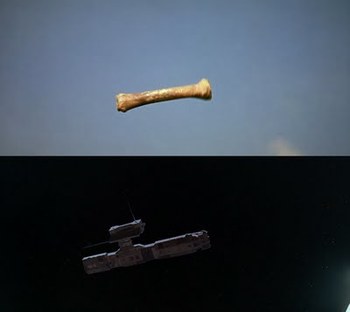 Four million years of history and technology...condensed to a second.