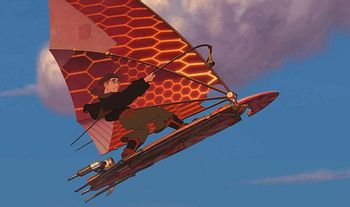 Good question: how can the world want him to change?