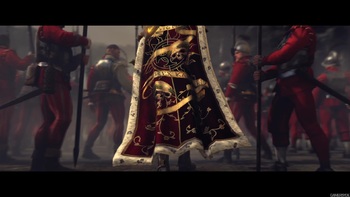 Karl Franz Holswig Schliestein alongside his men about to smack down heresy.
"Now we unite to purge this evil from our land! I swear this as your Emperor!"

The Warhammer universe has never been shown in it's full glory until now!