For the TV show, see here.

For the video game, see here. 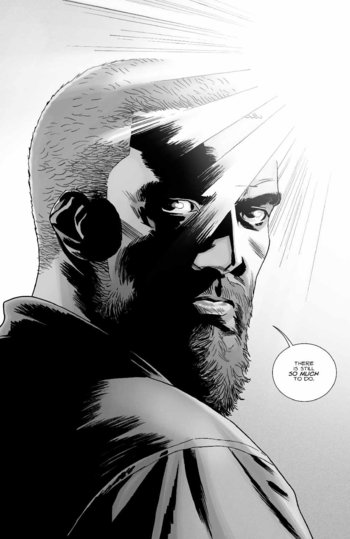 "You'll keep going. You have to. That's what these people need. That's what this world needs. And that's... that's just what you do."
Volume 3: Safety Behind Bars
Advertisement:

Volume 8: Made to Suffer

Volume 10: What We Become

Volume 18: What Comes After

Rise Of The Governor

The Road To Woodbury

Fall Of The Governor