Awesome / The Price Is Right 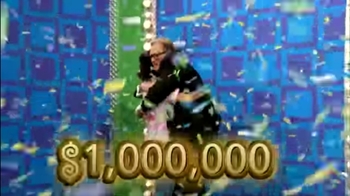 Cynthia cleans the Clock Game in under 10 seconds for a million-dollar payoff.
Advertisement:

The Price Is Right has aired for years on all three "big" networks (NBC, ABC, CBS) and both kinds of syndication (weekly and daily)... so you'd better believe there are quite a few.