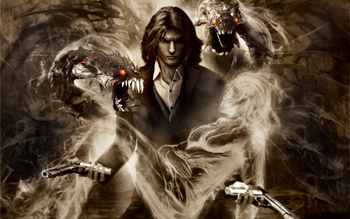 Pietà Plagiarism of a Mafia boss with Lovecraftian superpowers