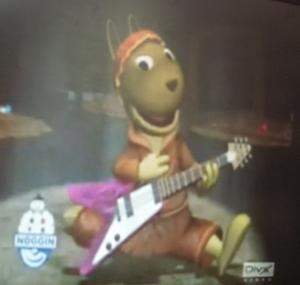 Oh, the things, that Goblin has grabbed..

The Backyardigans may be targeted at younger kids, but you're never too young to experience awesome.